Why The Presence Of A New Pixies Album Bothers You 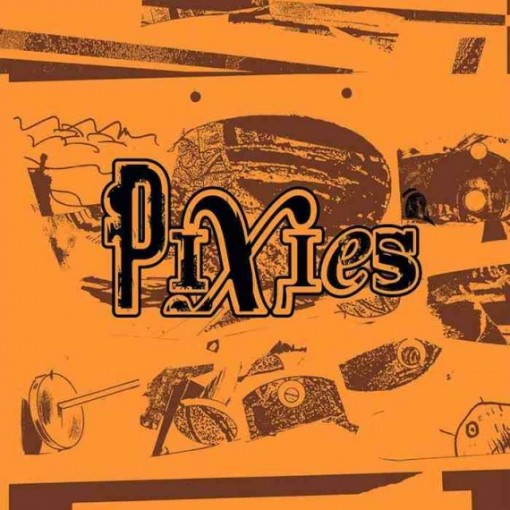 When the Pixies reunited in 2004, they swore they wouldn’t make a new album. At the time, most thought this was the right move. After all, what they accomplished in the 4.5 albums they made was pretty close to perfect, so why dilute that greatness with a new album that couldn’t possibly live up to expectations? It was a sound bit of thinking, but after a decade, they just couldn’t help themselves. They released Indie Cindy, a collection of the songs released on three EPs that have come out gradually over the past eight months.

The reaction to Indie Cindy – as well a the EPs that make it up – has been frosty to say the least. Just as the band had feared in 2004, it couldn’t live up to the Pixies’ legacy and the record is being treated as an unwelcome guest in their catalog. Over the past two and a half decades, we’ve romanticized the greatness  of everything from Come On Pilgrim to Trompe Le Monde, and the presence of a new album that isn’t on the same level as those brilliant works can’t help but seem a bit ugly.

In retrospect, the Pixies probably would have been better off just making a new album when they reunited in 2004. At least then, they still had Kim Deal in the fold. Also, the amount of time since Trompe Le Monde was just 13 years and not 23, so the presence of a new entry into the discography wouldn’t have been so jarring. Honestly, if the Pixies had started recording new material as soon as they got back together, they’d probably be in a much better place right now. They could have released multiple albums in the late 00s/early 10s, and established Pixies’ Mark II as a legitimate musical entity. Instead, we’re left with a not-so-bad new album 23 years after the fact that no one is really all that interested in.

It’s worth noting, Indie Cindy really isn’t a terrible album. “Greens And Blues” could rank among Black Francis’s best pop tunes, and if it were released to the radio, it would probably get some airplay. Elsewhere, the oddball lyrical charm of their earlier work is still intact, particularly on the title track. The problem is, the energy of the early releases just isn’t there. It couldn’t possibly be. The band members are a full generation older than they were when they made their last studio album – the sound can’t help but reflect their age to a certain extent. This is another reason why a 2004 Pixies album seems welcome in retrospect; the band could have eased into middle age had they started making new records in their late 30s. Instead, they go from a  hungry band in their mid 20s, to a band pushing 50, and the difference is startling.

In all honesty, we probably aren’t being fair to Indie Cindy. If a new band released it as their debut album, we’d be thoroughly impressed with the lyrical wit and bright pop melodies, but because it’s the Pixies, all we can think of is how much we’d rather be listening to Doolittle. It’s a shame the we process music that way, but that tends to be the way it goes. We see the Pixies work from 1987 to 1991 as being more or less flawless, and any additions to the discography seem like unnecessary eyesore, regardless of any artistic merit they might have. Unfortunately for the Pixies, it’s going to be an uphill battle if they plan on making more new music. They probably won’t be able to capture the magic of their early work, and thus, we probably won’t be willing to judge them fairly.