The Traditional – The Queen of Heaven 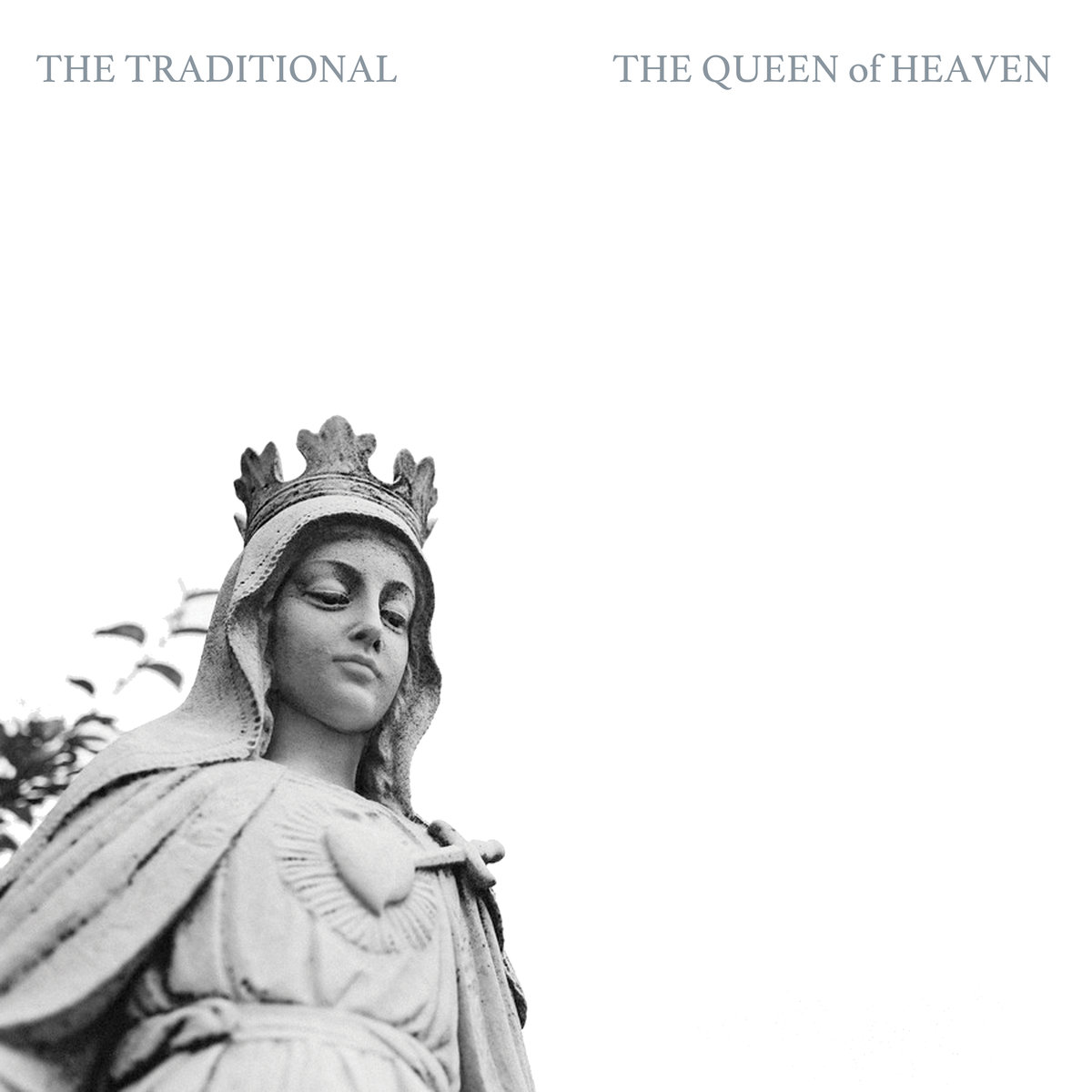 It’s been a few years since we’ve heard from Buffalo trio The Traditional. Their previous effort was a 10-song monster full of lyrical curses and sharp edges delivered through a haze of second-hand smoke. Last year, the trio headed back into the studio (with GCR wizard Jay Zubricky) and came out with the well-crafted, six-song The Queen of Heaven. If anything, TQOH is indication that The Traditional know who they are, and they don’t give a shit what you think either way.

EP opener “Parlez-vous francais” is an archetypal Traditional song, showcasing how this trio has nestled themselves between rock n’ roll’s “rock” and emo’s “hard place.” “Francais,” like most Traditional songs, listens like an angry diary entry from singer/bassist Anthony Musior, whose not-so-subtle poetry is as heart-on-your-sleeve as it gets. “Kerosene” is another must-listen, and is truly brought to life through guitarist Mike Bienias’ furious rock n’ roll chops and the pristine back up vocals from drummer Jon Coric. Is it rock? Yes. Is it emo? Yes. Truly, it’s equal parts both, and fans of both genres will find plenty of reasons to dig in.

Album highlight “Thirty” is as eloquently pessimistic as they come, pairing a nimble bassline with an extremely catchy chorus about not quite making it to the big 3-0. Cigarettes and beer are true Musior fuel, but he seems cognizant of his tendency to overindulge. Nevertheless, said cigarettes help transform his ex-pop-punk-kid vocals into a trademark snarl, and the Yuenglings have surely help to take the edge off. Musior laments, “If I don’t make it to thirty, tell my mother I’m sorry, these cigarettes finally killed me. And all I left her was this punk rock band, this piece of shit van, the songs that I used to sing,” and as a fellow twenty-something, it’s hard not to contemplate my own legacy as I hum the earworm chorus all day long.

What really strikes me about this EP is Musior’s uncanny ability to call it like he sees it. “Enough” finds Musior self-identifying as the “boozehound messiah.” Same goes for lead single “She Don’t Know,” where he acknowledges that, despite the anger that saturates this album, “she’s” still all he can manage to sing about. Album ender “My Love Marie” might have the most poignant moment on TQOH, with Musior singing “You’re no fucking queen, you’re just as cheap as me.” Musior is a proud West Senecan, and The Queen of Heaven is a wildly popular West Seneca tradition… But he’s made it clear that TQOH might hold a double meaning.

If you like The Queen Of Heaven, The Traditional is offering it via CD, Vinyl, digital download, and streaming platforms – check them all out here.