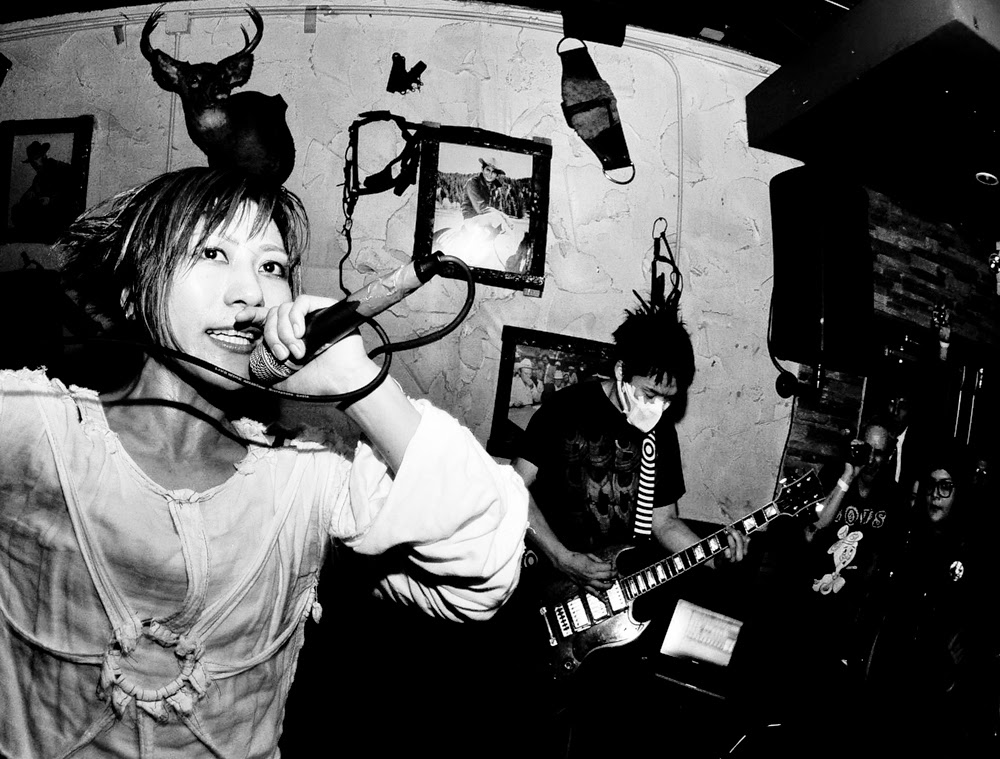 Japan, it would appear, went off the deep end into wackiness sometime in the 80s; since the 90s, its capitalism-meets-schizophrenia, rampant-consumerist culture has had a disaffected release in Melt-Banana. The Tokyo-based four-piece mixes punk and pop and noise into an wall of WTF cerebral madness, both chaotic and precise, with energetic, melodically barked vocals that sounds like the soundtrack to an epilepsy inducing Japanese commercial for fish lightbulbs or something.

Backed by a prominent, grindcore-leaning rhythm section, and guitar that often slips into circuit-bent, sound-effect territory, Yasuko Onuki’s lyrics are a hyperactive word salad, delivered with undeniable fervor. I was a fan for years before I even realized they were in English; even though it was catchy enough to sing along with, I’d just be shouting stuff like “punch kick punch!” like I had too much candy while playing Street Fighter Turbo at the neon game works.

The band is crazy live, and have to be seen to be believed, if even then. Check them out at a very early performance later on today at Mohawk Place. (6pm, $16). Buffalo’s unclassifiable Cages is set to open.