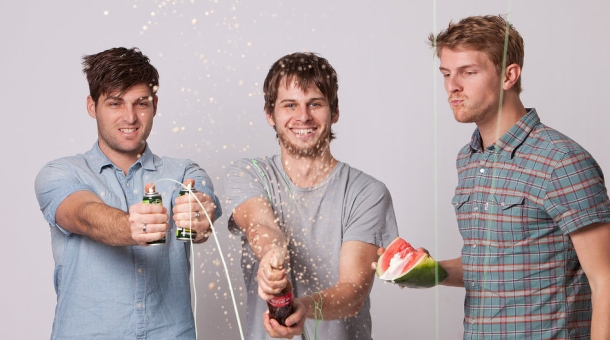 Canalside has hosted some of the best events in Buffalo this summer, and they are winding down the season with another banger. Foster the People is bringing its genre-spanning, indie-pop-based breed of music to the waterfront for the last concert of the season.

It’s a bold move to name your album after one of the best dance songs of the 90s, but much like Ru Paul, these guys work. Right now, that work includes sashaying throughout the east coast to promote their sophomore effort, Supermodel.

The band strutted onto the scene in 2011, thanks to the success of their crossover hit “Pumped Up Kicks,” and have been moving forward ever since. When this track came out, I hated it: it was too catchy, too poppy, and yet somehow too dark thanks to the grim lyrics disguised by a melodic hook. Last summer, though, my adorably unhip Pilates instructor described the song as “dubstep” before playing it during class, and when you’re expecting Skrillex and get this, you can’t help but like it.

Supported by The Velvet Teen, this promises to be an evening you’ll never forget. Tickets are still available for the event, ranging in price from $15-$55. Doors are at 6/music at 7.

P.S. After the show, head down to Buffalo Iron Works around 9pm for a free after party set from the Tins. The trio recently released the music video for the track “If You Want To Navigate,” the latest clip from their Young Blame EP. Check it out below.