Tonight: 21 & Under Battle of the Bands 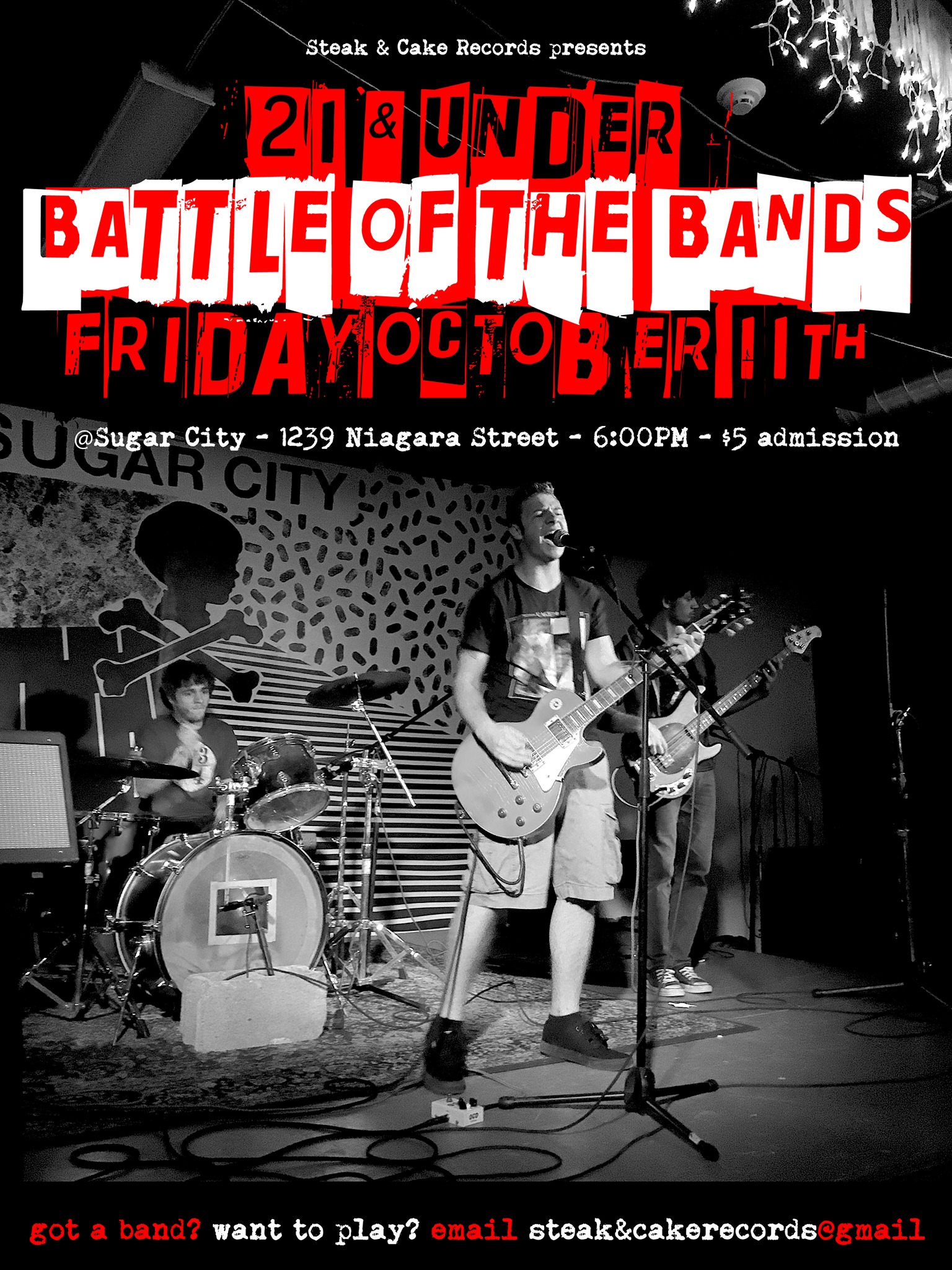 Local DIY powerhouse label Steak and Cake Records will be hosting the first official matchup in their 21 & Under Battle of the Bands tonight at Sugar City. The winners will be determined via an audience choice secret ballot. The winner from tonight will square off against the winner from another battle in March 2020, at a final battle in June of 2020 which will feature a panel of guest judges. An often-overlooked demographic, label mastermind Brandon Schlia is once again showing his commitment to the local scene by highlighting and elevating these emerging talents.

Tonight’s matchup will feature 4 emerging local bands: Muddle, Gunther’s Radio, Not For Nothing, and Oscar’s Cash. Muddle plays a grungy style of pop-punk, akin to early Green Day or Foo Fighters. Gunther’s Radio leans more towards a 90s alt-rock style, in the vein of Spacehog or Sponge. Not For Nothing is a buzzy indie outfit that has hit the scene pretty hard. Their upbeat sound is very reminiscent of a hybrid between The Smiths and No Doubt. Rounding out the bill is Oscar’s Cash, featuring their dark alt-indie sound, much in the same vein as their cover of Modest Mouse’s Float On. All in all, this will be a fantastic matchup of some really promising local talent.

Doors at 6pm, music at 7pm. $5 admission at the door. As a reminder, Sugar City is a drug and alcohol free space, all ages are welcome!