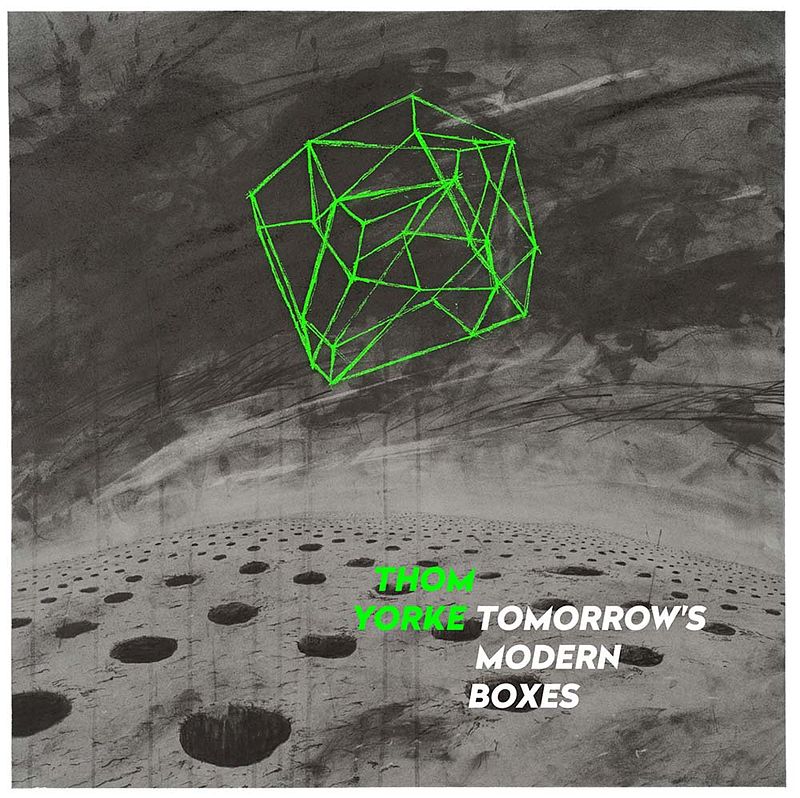 Over the years, Radiohead frontman Thom Yorke has garnered attention as a sort of outspoken purveyor of electronic music. Upon being asked what he would pick if he had to choose between using a guitar or the medium of electronic production for the rest of his life, he infamously responded with the latter. Eight year after his first solo album debut, The Eraser, Yorke has finally released another, Tomorrow’s Modern Boxes, for all to access and purchase via Bit Torrent (a sort of statement on digital music circulation in itself) late last week.

The 8 track album, teeming with choppy and subdued production and foreign yet string-like synthesizer arrangements, ambiguously fuses human expression with the paradigm of technology. It’s Yorke in his most experimental leanings, the score to the anatomy of a loading motherboard. As a digital manifestation, these shadowy, slightly paranormal instrumentals prove to be the ideal backdrop to accompany Yorke’s style of  stream-of-consciousness singing. It’s more stripped down than The Eraser, and embodies a new level of the solipsism that is characteristic of Yorke’s music. If anything, Tomorrow’s Modern Boxes is unsurprisingly the direction that Yorke’s musical trajectory has been heading towards for the past 15 years.

Highlights include “Nose Grows Some,” which pairs the sleek, minimal rhythm of static high-hat blips and heart-beat kicks with some of Yorke’s most painstakingly stunning lyrical motifs as well as “Interference,” which is actually beat-less and comes across as a quiet, yet powerful anthem. “Truth Ray,” in its use of reverse synths and vocal coos compressed to a syncopated kick proves, to be quite a compelling listen as well. Altogether, singling out individual tracks might prove to be futile since the album is meant to be coherent as a whole. It’s definitely a release whose minimalism will be controversial among Yorke fans, but here are some tips for enjoying it: listen to it more than once, definitely listen to it alone.