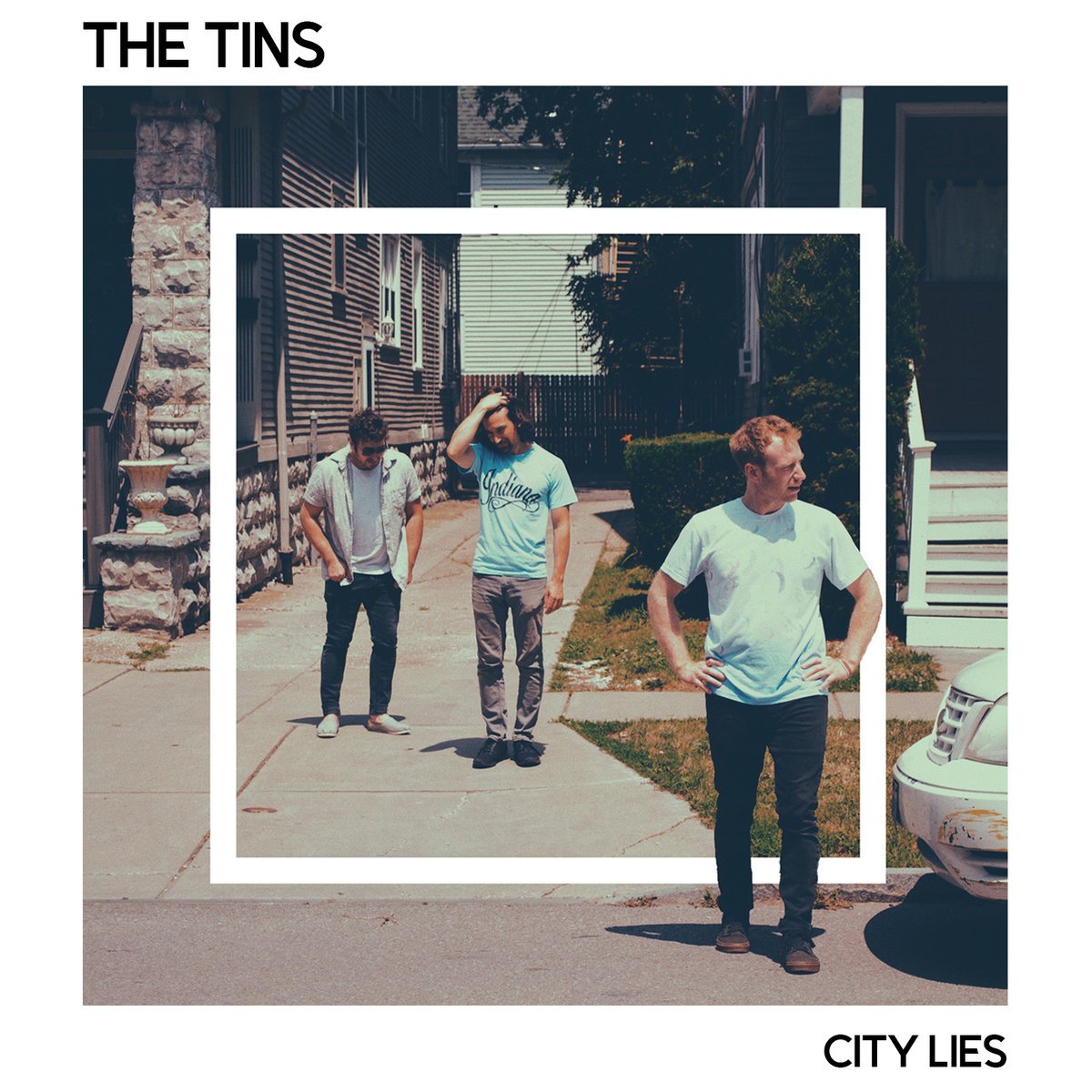 Buffalo mainstays The Tins’ have released the 4-song, 13-minute EP City Lies, a sure-to-be timeless offering of warmth and introspection.

“Lifeline,” the introductory track, is couched in a sweltering texture that should mesmerize with its yearning harmonies and swaths of plush instruments, which hold onto a Tame Impala-esque dreaminess in the sense that it simultaneously comes across as relaxed and penetrating. The song conveys the spirit of hedonism by way of its plea to be brought to “the place where the sun will rise again,” an expression of escaping despair.

The soothing title track is a slow-burning acoustic number encasing lyrics of welcoming opportunity and thankfulness, detailing a city lying wide open before the narrator. “City Lies” utilizes intriguing studio treatment without being weighed down by overproduction, giving it a raw but full sound.

The EP’s penultimate tune “Meditation Song” is reminiscent of either Big Star or Elliott Smith, or both, with additions of beat skipping to give it a fresh and alerting feel as well as an undeniably catchy chorus that imparts such empowering lines as “I’m not gonna take it, I’m not lying down.”

“Clearly Not Zen” builds up slightly and steadily to create a wondrous soundscape out of a bustling guitar line as well as a touching batch of fronting and backing vocals that exits out into a crumpled buzz, an abrupt, contrasting but somehow perfect ending to a euphoric listening experience.

The Tins’ City Lies EP is purchasable through the trio’s bandcamp site.