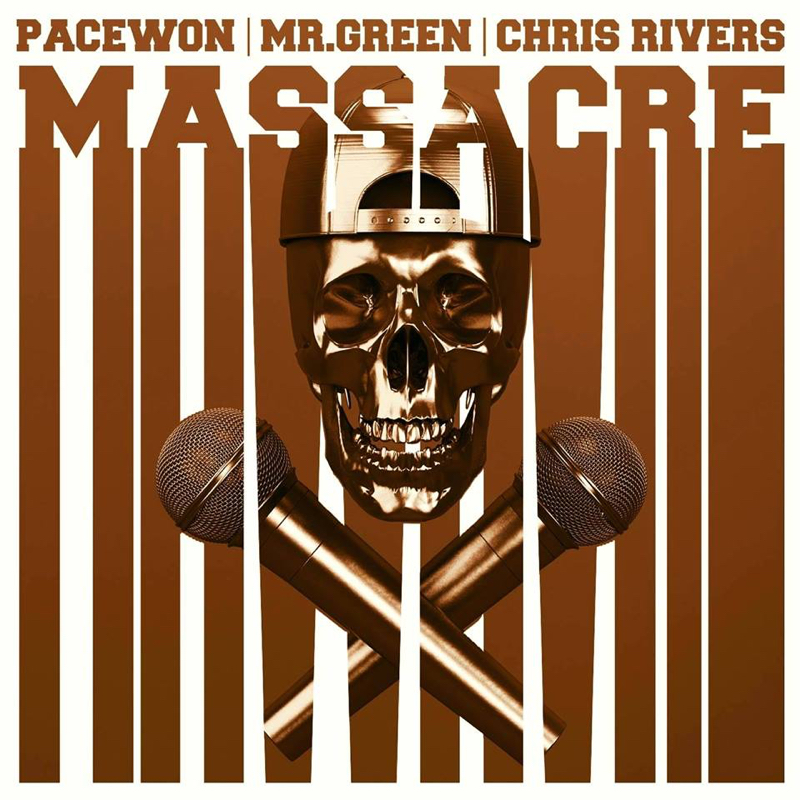 New Jersey-based emcee and producer Pacewon & Mr. Green dropped “Massacre.” Following the release of The Only Color That Matters is Green in 2008 and The Only Number That Matters is Won in 2012, the duo is back together to create more music. With hard-hitting bass and reverb, the track matches the tenacity of Pacewon’s hard-hitting bars. The track features Big Pun’s son, Chris Rivers, who brings the heat on his feature to keep up with the reputation of his family’s namesake. Listen to “Masscare” below via SoundCloud.