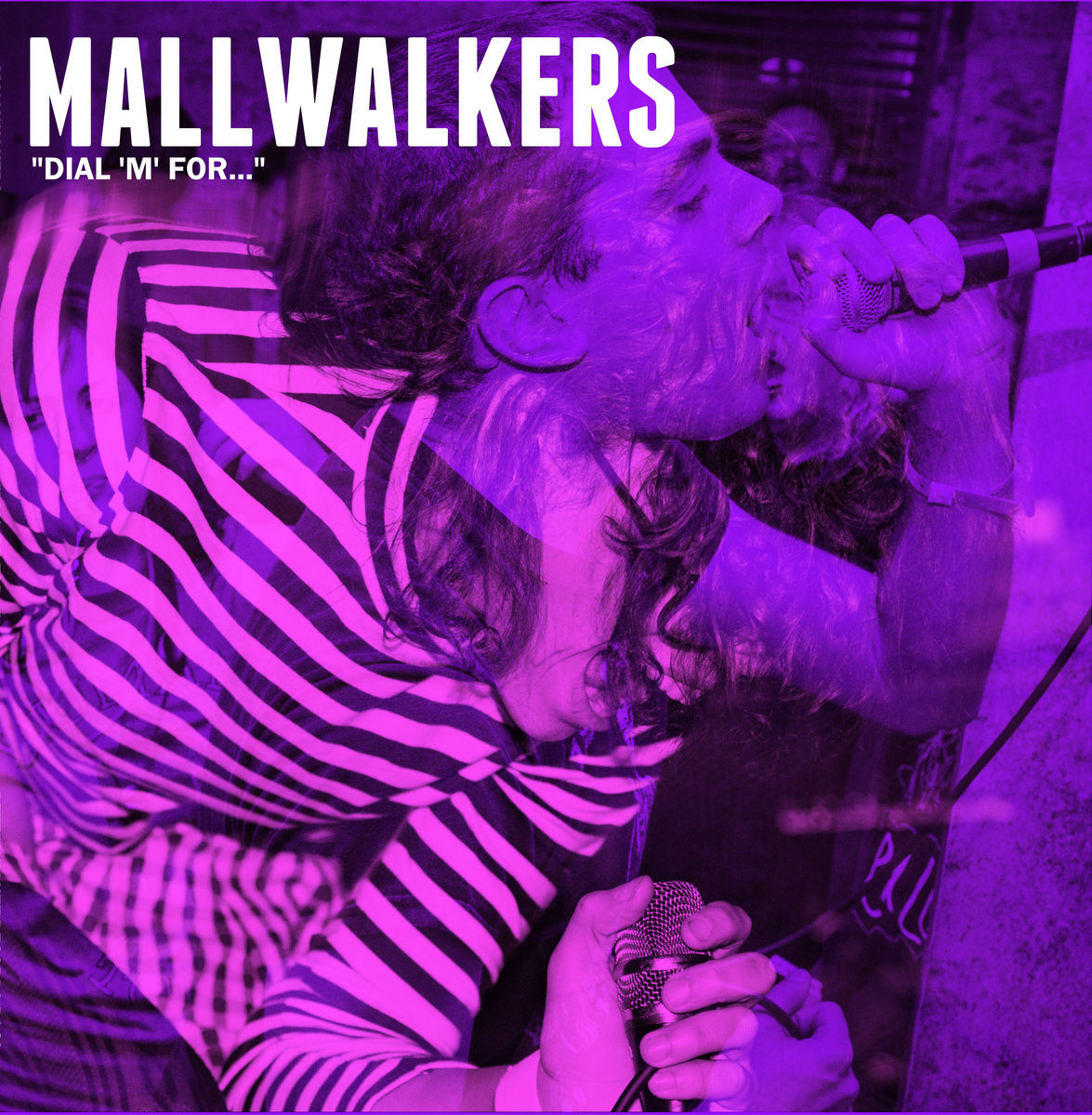 Funk punk collective, Mallwalkers are back from their hiatus, or self imposed exile? Either way, they’ve returned and have brought with them to Buffalo a new LP,  “Dial ‘M’ For…” which is a follow up to their debut record, 2013’s Shake the Rust Off. Classic cinema fans will pick up the reference to the Hitchcock thriller, but unlike the director’s affection for putting his audience through a series of tense moments and plot twists, Mallwalkers places anyone who listens on a dance party crazed ride full of moments to get your heart pumping.

A riotous mixture of musical genres ranging from hardcore, ska, funk, indie, soul and surf-rock, Mallwalker’s sound is hard to pinpoint. Even with their embracing of the funk musical aesthetic being as it is, they don’t sound anything like George Clinton and Parliament-Funkadelic. Instead, the band collaborates together to create a sound that’s very much their own. Originating in 2010 as the group Meth Mouth, one of Mallwalker’s defining characteristic is their large number of band members, similarly to P-Funk, who usually touted out between 10-15 members if you include the dancers. Mallwalkers current lineup consists of Daniel Carosa on vocals,Jaz Frazier on vocals  Stephen Schmitt on guitar, Stephen Floyd on bass, , Jason Bauers on drums, Norelle Christiani on saxophone, Tony Flaminio on saxophone, Chelsea Montrois on trombone, and Mario Fanone on trumpet.

Most of the tracks on “Dial ‘M’ For…” consists of a tangle of vocals by Carosa and Frazier, sometimes going between a call and response back and forth or acting as a chorus where they’re belting out vocals at the same time. The two make for an interesting layer of texture to the already jam packed amount of sounds going on. Instead of being at similar vocal registers, they’re nearly opposite. “Community” is a bit different than most of the other tracks on the record and only showcases Frazier, solo, in a low tempo, somber, almost ska or polka waltz with Frazier not doing her customary punk style of talk/scream singing, but using clean vocals. It doesn’t have the same level of energy as others, but it’s a stand out track.

Meanwhile on the rest of the record, horns shift between ska, jazz and funk vibes, while the guitar and bass trade off vibrant riffs and the drums keeps things grounded and sounding punk. On songs like “Rise! Protect Yourself!” the horns do a solid job of bolstering the more traditional punk elements with a bit of funk flair. That track in particular also showcases more prominently how the band uses the concept of funk, rather than just the sounds of the genre,to echo some of the ideologies of punk, like its urgency and call to action, but making it something people can dance and groove to.

“Dial ‘M’ For…” was released last fall via Peterwalkee Records. The full album can be streamed and purchased on bandcamp.