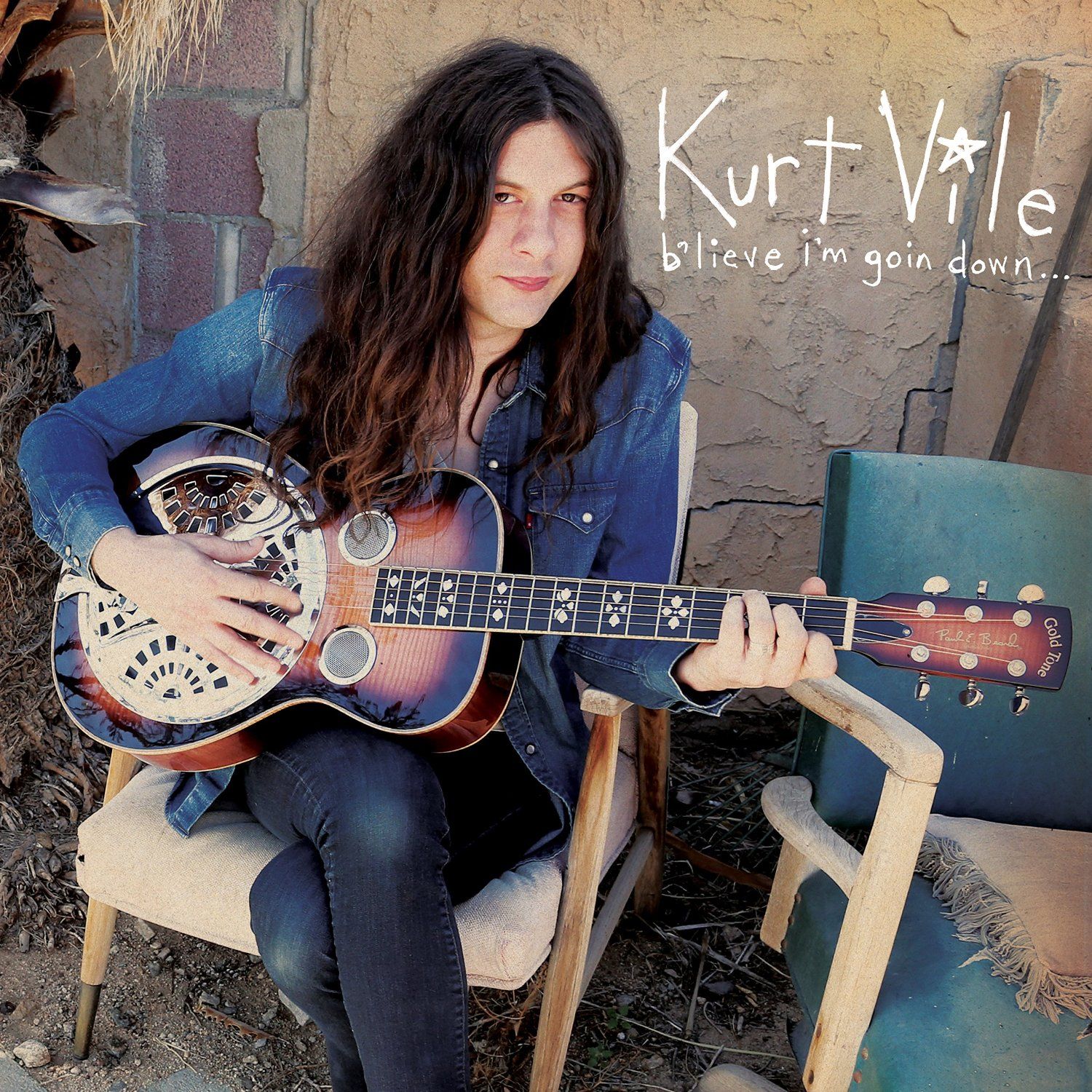 For the past year or so, Kurt Vile’s last full length, Wakin on a Pretty Daze, has been my go to road trip album. The sound was so expansive, warm, and spacious, it almost seemed perfect compliment for a long drive in the sunshine. I guess that this might partially due the fact that the majority of the record was written by Vile while on the road, and I guess to me, that really showed. While Wakin on a Pretty Daze was far from his most depressing sounding release, the idea that every track was lyrically rooted in something dark was hard to escape, as is the case with most of Vile’s releases. His newest record, b’lieve i’m goin down…, might work on a road trip, but only the part of the road trip where night falls and your friend fell asleep in the passenger seat, and you are left with your depressing thoughts.

If there’s one thing I have learned about Kurt Vile over the past few years, it’s that he is definitely a character. No matter what the content of his albums has been, he has always used a certain kind of cynical humor in his lyrics, one of his signature moves almost. This type of humor returns on b’lieve i’m goin down…, but the humor Vile uses can only lighten the mood so much with the topics which he delves into on this record. I don’t want to make it seem like this album is one big circle jerk of sadness though, as there are truly heartwarming moments where Vile sings about his love for his wife and for his children, and Vile’s humor always ends up leaving a residual smile on my face.

B’lieve i’m goin down… is almost a collection of tracks which perfectly embodies Vile’s songwriting style and expansive yet focused style of instrumentation. There are moments, like the track “Lost my Head there,” in which Vile goes for a sharp vocal delivery in a singer songwriter style, backed by a fairly simple piano, but towards the middle of the track, glides into something beautiful, where the light, punchy drums take charge and soft “ooh’s” and “woo’s” ring out from Vile while light, soaring synthesizers back the track, making for an overall absolutely stunning seven minutes.  Stand out moments like this come on nearly every track on the record.

This should go without saying, as it is something I have found with most of Vile’s releases, but the mixing and mastering on this record is absolutely impeccable. He has absolutely mastered the art of less is more, at times creating near sonic masterpieces from a simple drum beat, an acoustic guitar, and a synthesizer, making each track seem full and expansive. I could go track by track and explain how the he uses his instrumentals to expand the songs and make each their own special experience, but it’s better that you just listen and hear each track for yourself. Absolutely nothing seems out of place, each instrument adding something unique and special to each track.

There have been a lot of albums that have come out this year that are over an hour long and have become a chore to listen to, but each time I listen to b’lieve i’m goin down…, it never feels long at all, and I think that is was makes a record like this incredible. Time seems to float by as I get caught up in each one of tracks on the album, Vile’s sleepy voice seemingly comforting the sad thoughts in my head. Most of what Vile sings about strongly resonates with personal experiences I have had, so maybe this record just means more to me than it will to you, but even setting that aside, it is clear that even after making music for over 15 years, Vile is still at the top of his game.