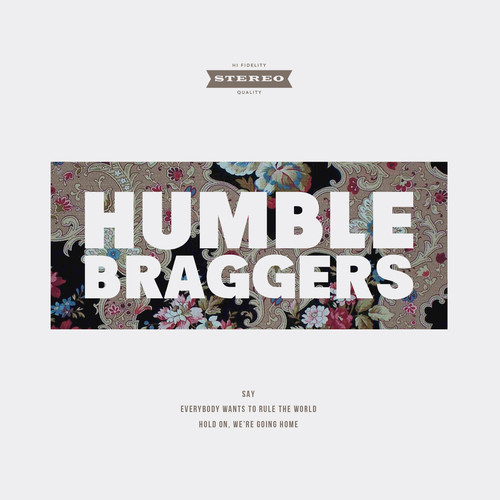 Since being featured on one of our Album of the Week features last year, Humble Braggers have been quietly working on their live set. They’ve also been hard at work on some new material. The Say EP was released today and features three new songs that show that the Braggers have been working hard at honing their reverb-soaked indie rock.

I’d like to call these songs “sharper” than their last release, but that wouldn’t be the right word… In fact, they specialize in swirly songs whose instruments seem to decay for days. The EP puts a spotlight on prominent bass, ambient guitars, and foggy synths. There is a distinct 80s vibe to some of these songs (most notably, the cover of Tears for Fears “Everybody Wants to Rule the World”), but on songs like “Hold On, We’re Going Home,” the Braggers nail it with catchy, contemporary guitar lines.  Have a listen below.