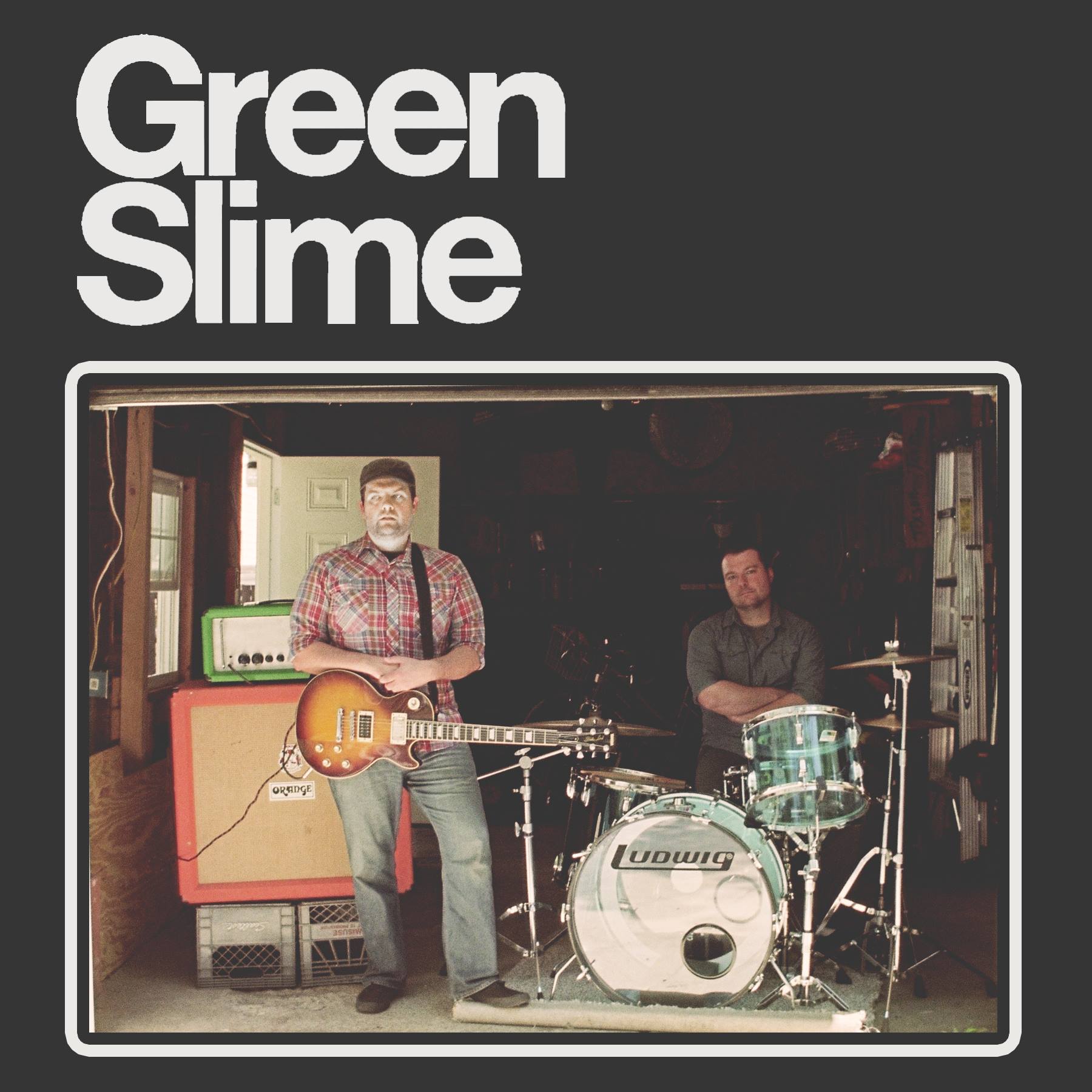 Green Slime is a Buffalo duo making an incredible amount of noise. Have you ever heard the acronym KISS? It stands for “keep it simple stupid.” Green Slime is a duo (Eric and Blake Ellman to be exact) who have obviously taken that advice to heart. The brothers Ellman spent a few days with Jay Zubricky at GCR this past September. They left with a self-titled, twelve-song banger, full of sludgy nuggets of succinct indie rock. They’ve taken the best elements of Queens of the Stone Age, The Black Angels, and Superchunk and condensed it into a bunch of garage punk bangers.

Album opener “Not Sorry” is the archetypal Green Slime song. Get used to the gigantic heavy guitars, bombastic drums, and Eric Ellman’s slightly-effected vocals, because Green Slime doesn’t need much else to get their point across. Don’t be fooled by the heavy chugging, Green Slime has a penchant for pop songwriting. “Not Sorry’s” chorus, “I’m not sorry now,” is one of the catchiest moments on the album.

Song two is “Love Forever,” a groovy, stoner-rock tune that highlights the duo’s Kyuss side. This jam and “Not Sorry” certainly belong on the same album, though “Love Forever” shows a different use of the duo’s talents. Eric has channeled the  typically unruly fuzz on his guitar into something unstoppable. Blake pounds effortlessly away behind him. “Love Forever” best demonstrates their ability to write self-propelling jams that sound as if they were effortless. More than likely, Green Slime but was probably painstakingly and carefully crafted.

One of my personal favorites on Green Slime is “Dog Song,” a sunny indie rock jam reminiscent of fellow Buffalo rockers Failures’ Union (after writing this sentence, I would later learn that Eric is the guitarist of Failures’ Union). Some other unique moments on this album come from “Purple Jansport” which sports a delay-laden intro that smarts of “Faeries Wear Boots” by Black Sabbath. “Matamoros” is the sludgiest waltz I’ve ever heard, boasting a time-signature change mid song. Album closer “Lights Out” is a five-minute jam that stomps along at a crawling pace. All I’m saying is, while these guys have the unbridled fuzzrock down to a science, they aren’t a one-trick-pony.

Best of all, Green Slime is currently offered on Bandcamp for a “Name Your Price” rate. Be sure to check Green Slime out at their first show on November 4th.