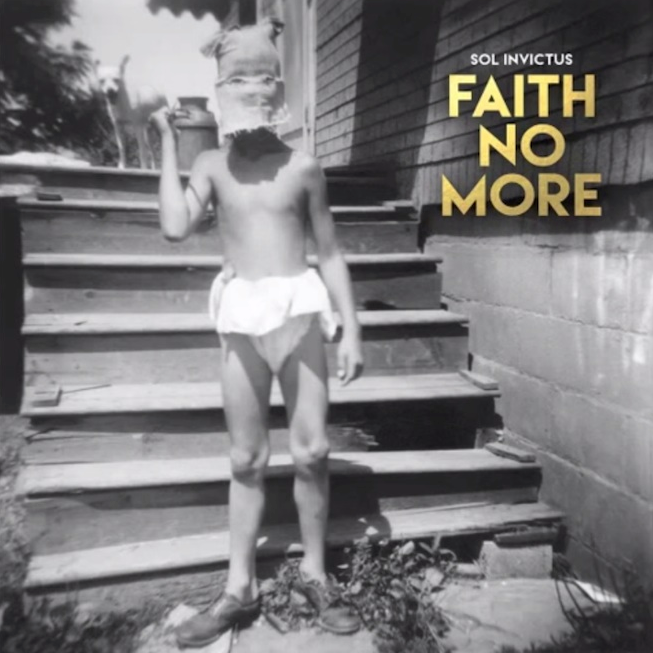 Even while experi-metal rockers Faith No More helped inform so much heavy music of the 90s and early Aughts, they always seemed to be miles removed from it. In the early 90s they were too abrasive for the alt-rock crowd, too weird and unpredictable for grunge, and by the late 90s too arty for the likes of KoRn and System of a Down, the nu-metal freaks they’d helped inspire.

But the group still maintained a sizable cult following that’s proven impervious to critical panning and total lack of chart hits – sans “Epic” and “Midlife Crisis” – and one that only seems to have grown since their temporary disbanding in ’99.

It seems only now the band’s getting the dues they deserve, and they couldn’t have proven themselves with a finer, so-called “comeback” disc than Sol Invictus.

Rather than try and build on their enormously varied body of work, the band digs comfortably back into it. They offer straight-ahead metal rockers (“Superhero”), gothy keys (“Matador”), growly spoken word (“Motherfucker”) and outrageously weird, overdramatic lyrics (“Sunny Side Up,” which mostly seems to express how vocalist Mike Patton likes his breakfast). It’s all vintage Faith No More, complete with chest-thumping bass, jagged guitar riffage, ringing piano and jarring transitions between soft and loud, bohemian and aggressive.

And while past efforts were cluttered and unbelievably diverse, Sol Invictus is surprisingly, almost refreshingly consistent. You could say it’s the most self-realized album they have put out.

More importantly, for a band that’s so long been divisive and critically snubbed, it’s an undeniably solid heavy record.

Some of alt-rock’s finest founders should finally get the kudos (if not praise) they’ve so long deserved.