Do I Love Makonnen? 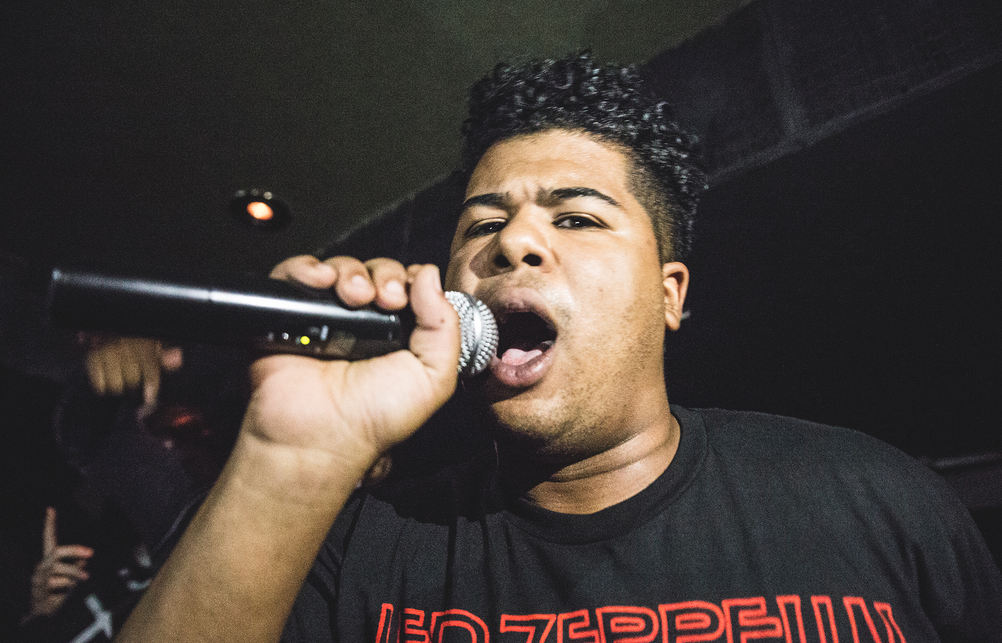 Makonnen Sheran has had a whirlwind of a couple months. The 25-year-old ATLien has spent the last 5 years or so in legal trouble, stemming from the accidental death of his friend while Makonnen was trying to take a gun from him. Posted up at home for all that time with a computer and a passion for music allowed Makonnen to hone his craft during the heyday of MySpace. After years of rubbing virtual elbows with the likes of Adele and Lil B, Makonnen was released from his confines. Upon release, he was able to meet up with another one of his virtual friends from back in the day, superstar producer and probable Miley Cyrus slampiece Mike Will Made It.

Will brought Makonnen to the studio and introduced him to the producers that would forever change the course of his musical path, the ones that man feel Makonnen should thank for his success. Sonny Digital, Metro Boomin and 808 Mafia were all immediately impressed with the work of this weirdo, and it was with them that he crafted his two monstrous hits, “Club Goin’ Up on a Tuesday” and “I Don’t Sell Molly No More.” One thing turned into another and all of the sudden Miley Cyrus is putting “Molly” on her Instagram, and Drake is remixing “Tuesday.” Almost overnight, a ILoveMakonnen curiosity started.

Who is this guy? And why is his music so catchy? Is someone with catchy music automatically talented? Is this guy related to one of the dudes from Key and Peele? These are all fair questions (especially the last one). Upon first listening to this mans voice, it’s abundantly clear that this dude wouldn’t get past the audition stage of American Idol. But the thing about Makonnen is that he owns his sound 100%. There is no wavering with him as to what he wants to sound like. A crackling, staggered falsetto over booming beats, that’s his thing. I read something in some corner of the internet that now escapes me, that said that when Makonnen began making music, he didn’t have a genre in mind for his sound. He just made what he wanted to hear. And the contrast between probably off pitch vocals and Sonny Digital club beats was something that everyone ate up, and everyone ate it up right away.

The Miley Instagram post, a 8.0 from Pitchfork on his first release, the self titled ILoveMakonnen EP, and the ultimate rap co-sign in a feature from Drake have kickstarted a career for Makonnen that has many confused. Recently, I’ve started to believe that I do indeed love Makonnen, and I think both my and everyone else’s appreciation for him can be traced back to Young Thug. Thug’s weirdness paved the way for weirdos like Makonnen to get their shine. Makonnen has an affinity for catchiness that we aren’t used to, but one that Thug trailblazed.

He’s kinda just a regular dude who strung together catchy lines and a a strangely interesting voice, who all the sudden is getting his songs remixed by Drake. I’m not sure that Makonnen has a ton of staying power, although thus far he has been putting out consistently likable content. My love for him does come from his averageness as a person. Yeah, I think he’s a weird dude. But, it’s a normal person sort of weird, not like a creative genius type of weird. Just watch this video of him and his totally average friends listening to the Drake remix of his track this first time. He’a a regular dude, who has put together some songs catchy enough to get the attention of millions, without the traditional form of music talent. I love you, Makonnen, and I envy you. Watch the the just-released “Tuesday” remix video below, and tell me that Makonnen isn’t extremely aware of the ridiculousness of him pretending to flip white next to Drake’s crew. Makonnen is a hero to us normal folk, and that’s why I love him.