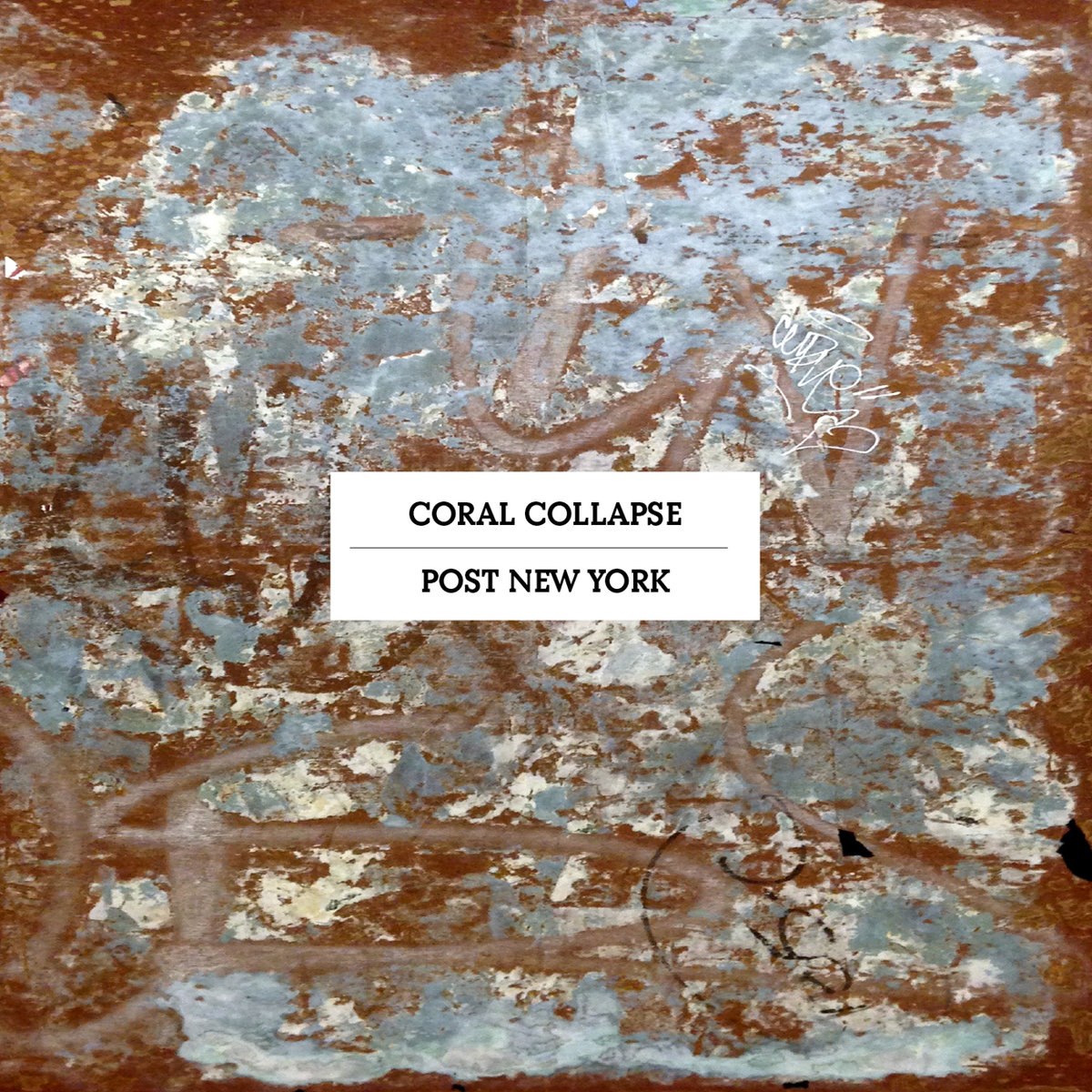 Buffalo dream-pop quartet Coral Collapse has barely allowed a year to pass before offering up some fresh new material, and nobody’s complaining. Drawing comparisons to airy indie contemporaries like Wild Nothing and DIIV, Coral Collapse has built their platform on the same soaring soundscapes, only with an endearing, almost garage-ish charm. And continuing in the wistfulness of last year’s debut EP Hafla, the band’s new EP, Post New York, is a concise 4 tracks of indie-pop bliss and our album of the week.

Dream rock bands don’t have it especially easy right now. The genre, in its relatively crowded state, is teeming with bands that follow the indie pop cookie cutter. Many of them are able to craft good solid tracks, but the real issue is standing out. Offering up something tweaked ever-so-slightly—tracks that don’t get inadvertently get lost in the sonic white noise. Coral Collapse finds the perfect balance of genre solidarity and uniqueness. The new EP Post New York mixes a little salt with the sugar, audible influences ranging from Modest Mouse and Interpol to Washed Out and The Radio Dept.

The EP opens with the amorphous “Carolina,” elements shifting seamlessly from Vampire Weekend-ish riffing to sky-sailing echo vocals. “Architecture” reminded me fondly of one of Pavement’s sunnier tracks, rhythm guitar introducing the relatively anchored first half of the song, before—it too—takes off for the clouds. The whole EP listens like a clutch of helium balloons in the hand of a careless toddler—well-grounded indie rock songs ornamented with delightfully tangential bouts of airy instrumentation. Though “Fate (On Your Side)” seems to start in the sky and stay there, with its supremely catchy choruses and altitude-altering bass rips.

The album dropped just this past Valentine’s day, so the sounds are still fresh. Digital downloads available here at Coral Collapse’s bandcamp, and you’ll find “Fate (On Your Side)” streaming below. If you’re listening at the office, be prepared to do a little daydreaming. I won’t tell your boss.