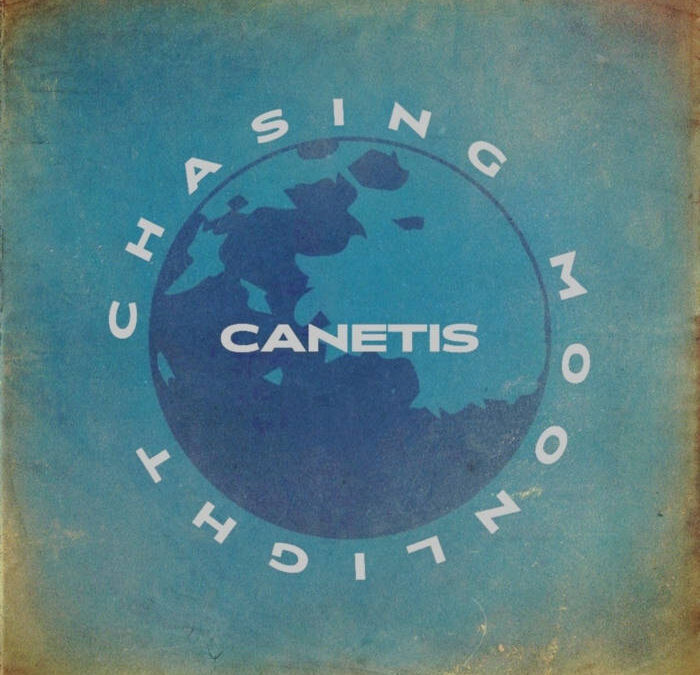 Like the first leaves gliding through the wind in fall, the first winter snow, and that first 80 degree week in summer, Canetis is back and it’s the season of Chasing Moonlight.

The five Buffalo head bangers hardly touch the ground on their latest five piece EP. Just short of twenty minutes, Chasing Moonlight is a perfect album for the scenic route to wherever you’re going. However, each song definitely has a time and a place it’d be fully understood. Like “Daydreamer,” which would hit the hardest on that ride home from the function where you held back what you really wanted to say or do. The following track “Whenever” brings me to a blissful field of comfort in misfortunes.

The first words of the opening track “Reconsider,” “Chasing Moonlight, lost since 94,” really help describe what that represented in the eyes of Canetis; or at least the fact that this chase in particular goes all the way back to their birth. “Reconsider” has all the hallmarks of a Canetis song – jangly guitar leads, a uniquely powerful drum presence, and of course, singer Brendan Hoare’s sing-with-a-smile vocal presence. The catchy chorus melody of “Cut my losses, lines keep crossing, flames won’t fade to grey,” show a hidden hurt behind the otherwise upbeat pop rock energy.

“Reconsider isn’t the only highlight – track two, “Balancing Act,” contains one of the grooviest guitar rhythms I’ve heard in years and probably years to come, you’ll know when you hear it. Canetis’ outro, “Falling Through” shows no clear conclusion of this chase for moonlight, but rather expresses the endless loop they’ve lived in thus far.

Canetis consists of John Greenan on drums and backup vocals, Matt Broconier on bass and backing vocals, lead singer Brendan Hoare, along with Mike Butler and Matt Sacha on guitar. Their next show is at Nietzsche’s in Buffalo on April 16th. Stream Chasing Moonlight so you can learn the lyrics and sing along with them.