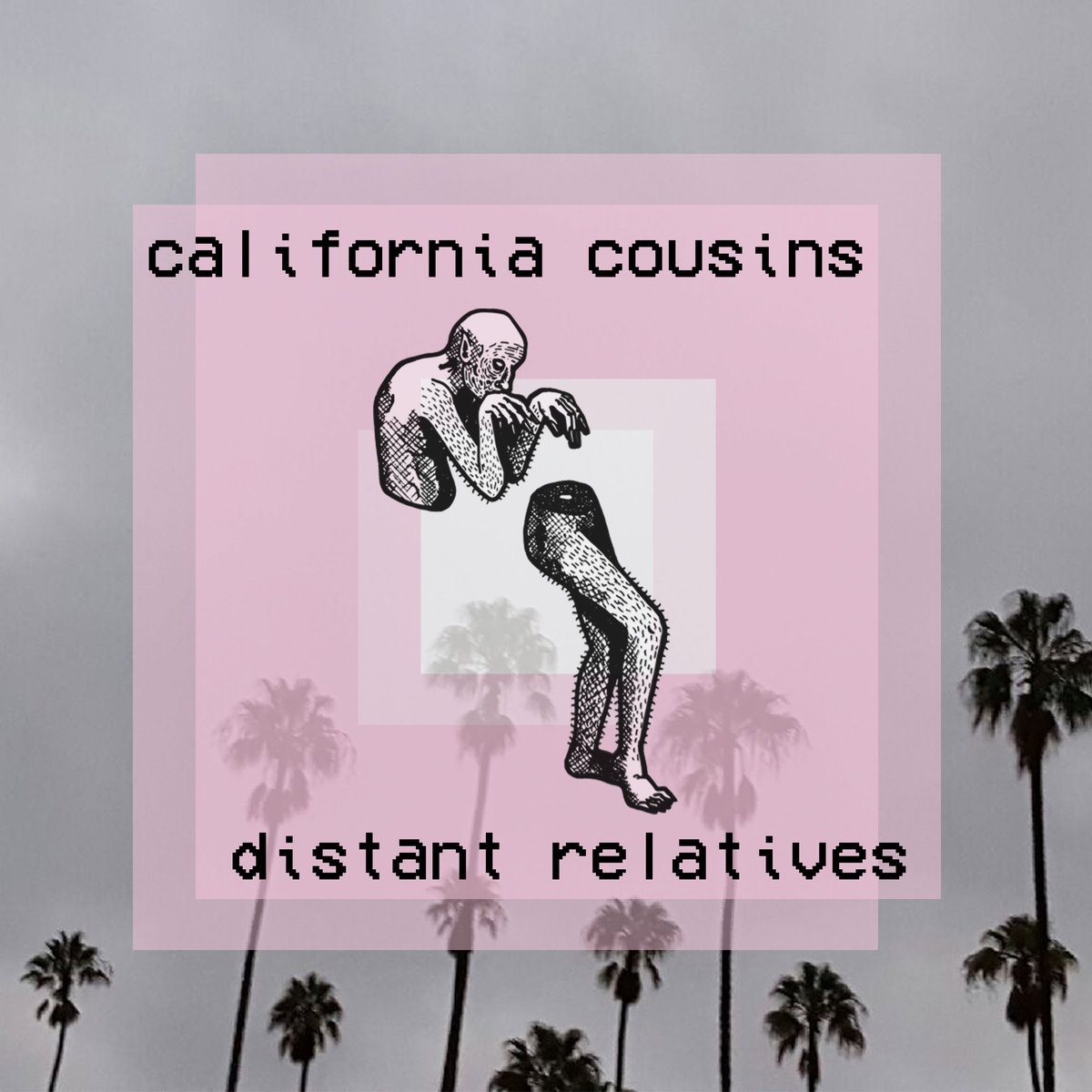 California Cousins have been kicking around their native Rochester (and far beyond) for a while now… If you’re not familiar, they wield the most noodly riffs known to man stuffed into time signatures that will make your head spin. Distant Relatives (out now on  Chatterbot Records and Deep Sea Records) is their debut LP, a ten-song lesson in emo and skramz virtuosity. There are elements here of heartfelt-emo (The Hotelier) and heavier, vocal-cord-shredding hardcore (Touché Amoré), all wrapped up in a nearly impossible math rock (Tera Melos) package.

“Aspirin” is an apt opener; the Cousins opt for a quick-tempo screamer to start things off with a bang. The real treat here (and throughout the rest of the LP) is the attention paid to sheer guitar acrobatics. In general, their songs are packed full of ingenious guitar tricks – squealing harmonics, swelling feedback, nimble bends, and quick licks that will make any musician nod with approval.

Lead single “Extendo Weekend” is another good place to start – with an ingenious homemade music video that is sincerely entertaining (unlike the typical homebrew vid – see below), the song pairs discordant riffs with their trademark “420 blaze it” schtick. That’s not a dig – it works for them on many levels, but it’s also clear that despite their clear musical talent, the Cali Cuzns are here to have a good time and don’t take themselves too seriously.

There is certainly an overarching mathy emo theme throughout Distant Relatives, but that doesn’t mean California Cousins don’t flex their songwriting muscles. “Redeeming Qualities” starts out sounding like a Vampire Weekend jam before evolving into a super-fast punk banger tinged with keyboard flourishes. “Brockport 1995” kicks off with a simmering snare roll despite the otherwise guttural screaming. They’ve even included a short, heartfelt acoustic ditty in album closer, “Camp Shorts.”

tl;dr: California Cousins’ debut LP is a mind-bending walk through ten, thrashing math-emo songs that are sure to make any competent musician/total-normie rethink their life choices. Distant Relatives is out now via Chatterbot Records and Deep Sea Records, check it out on Bandcamp.