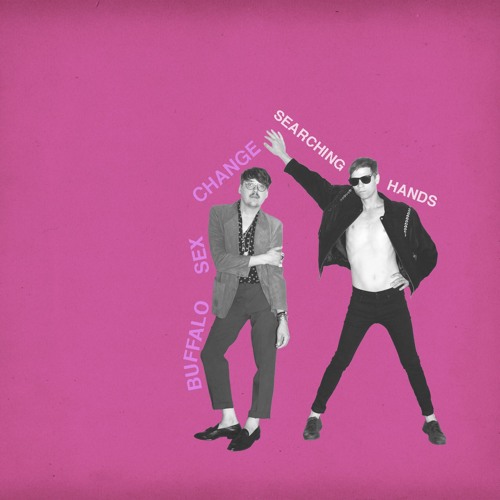 “Searching Hands,” a new single from Rochester-based garage rock duo Buffalo Sex Change, is chock-full of vim and vigor.The tune would fit right in with the rugged nature of Vietnam War-era rock ‘n’ roll—such grittiness and uninhibited raw power reminds one of something proto-punk bands like The Stooges or MC5 might’ve released to the public back then.

“Searching Hands” might even sound to some like a train about to run off the tracks, chugging along nearer and nearer to light speed. Its depiction of uncontrollable lust and sexual tension is carried out just as superbly in its bursting-at-the-seems instrumental cannonade as its concise but striking lyrics. Catch Buffalo Sex Change’s next show in Buffalo on April 21st at Nietzsche’s and be on the lookout for their new album out April 20th. In the meantime, listen to the song below: