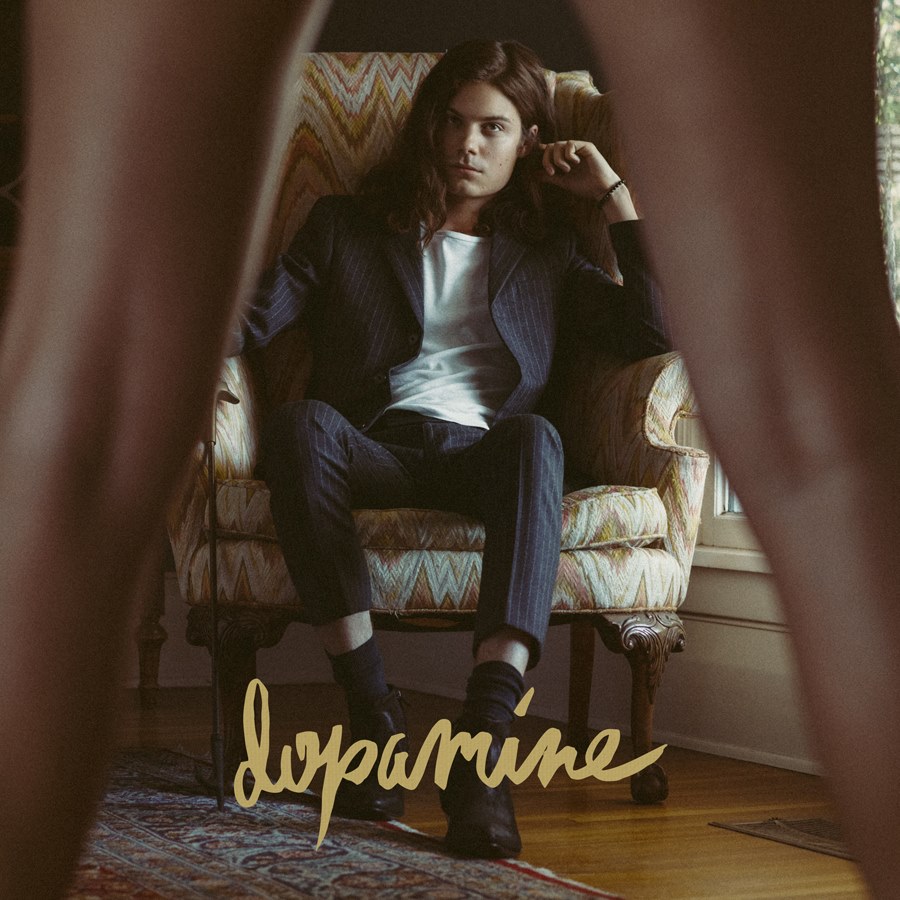 …No? Well boy oh boy, do I not have the album for you. This time around, it’s from Garrett Borns. Birthed in Michigan, and better known as his stage name BØRNS, Mr. Borns has released his full first length album, Dopamine, that has somehow garnered a huge amount of anticipation, thanks to two things. firstly, illuminati recruiter Taylor Swift (she instagrammed a picture of the upcoming album giving it high praise), and secondly, his single “Electric Love,” which has received a ton of play on alt radio stations.

So, here’s the reason for the Foster the People comparison. Lead singer’s last name “creatively” shoved into the band name. Oddly huge amount of fame from a catchy single, and only an EP to support, preceding an overly promoted album release. Falsetto vocals. Huge anticipation for an album that’s hailed as “different” in the world of popular radio. I’d say it’s kind of creepy how similar these rises to relevance are, but you know, music industry. However unfortunate it is for BØRNS, this also means he’ll probably enjoy a good burst of relevance for the next six months or so, and release an album a couple years later that really falls upon nobody’s ears. But we’re not talking about the industry! So let’s just forget about that comparison that probably overstayed it’s welcome, and get on to the actual music (that totally sounds like Foster The People, especially “10,000 Emerald Pools.”)

“10,000 Emerald Pools” is the first track on the album. It starts out with a thick bass line and a very simple (electronic) drum beat, as is the norm for these alt-radio friendly tracks. A harmony of “OOOEEEOOO’s” is layered on top, and like most of the vocals on the album, they’re showered in reverb. Kinda like Lana Del Rey. The song evolves slowly, with building harmonies throughout the chorus, that are eventually joined by fairly quiet, grumbly guitar that really just adds thickness to the mix. And then we start that progression over again and repeat three or four times, adding more harmony in the vocal tracks each time.

“Dopamine” is the title track off the album. It sounds like The Weeknd rejected a track and gave it to BØRNS. More falsetto singing in this one. It’s a little more complete than the rest of the tracks on the album; it definitely doesn’t lack depth of synthesizers in the mix. More layers are put on vocals and heavy, simple bass lines carry it, with what really feels like the same drumbeat as the first song.

So, for an album that’s being hailed as “original,” and “good,” it really lacks a lot of things. If you’re a fan of alt radio, go ahead and listen to it. If you’re a fan of easy to hear bass progressions, obscene amounts of falsetto vocal layering and delay, and simple drum beats, by all means, listen. If you’re a fan of originality, and seek something deeper, or different with your music, then, you know, carry on with your day.