Azizi Gibson – “Smoking With The Gods” 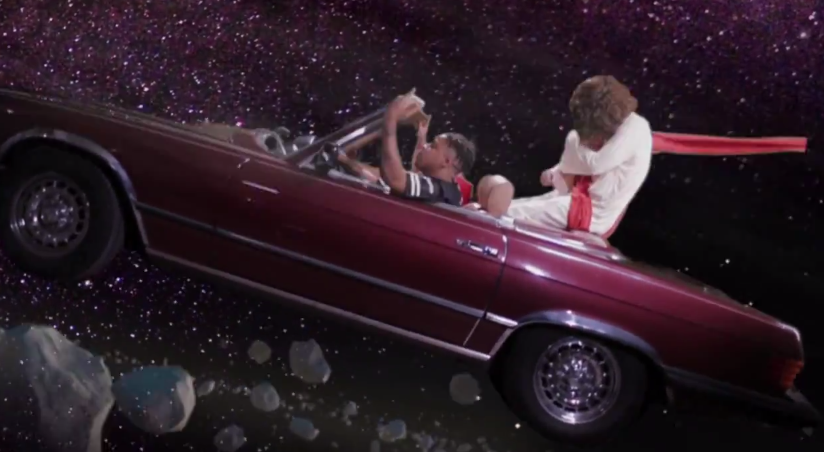 Maryland-turned-LA rapper, Azizi Gibson, is on the rise, and it seems to be his fate. Leaving family and college behind in his home state, Gibson headed west with the hopes of making it big. By chance, he ran into mega-producer Flying Lotus at a gym while he was couch surfing, and showed him some of his music. One thing turned into another and now Gibson is signed Lotus’ Brainfeeder label, and releasing dope music like “Smoking With The Gods.”

In the video, Gibson blows trees with a personified Yahweh as the two cruise around outer space in an old school Benzo. Humorous and at times psychedelic, the video works as a great introduction to Azizi. He’s an artist that could and should blow up, and has the talent to go in several different directions with his tracks. On here, Gibson opts for the smoker’s anthem, and the catchy, monotonous hook will get you humming to the rhythm before you even know the words.

Check that vid below.