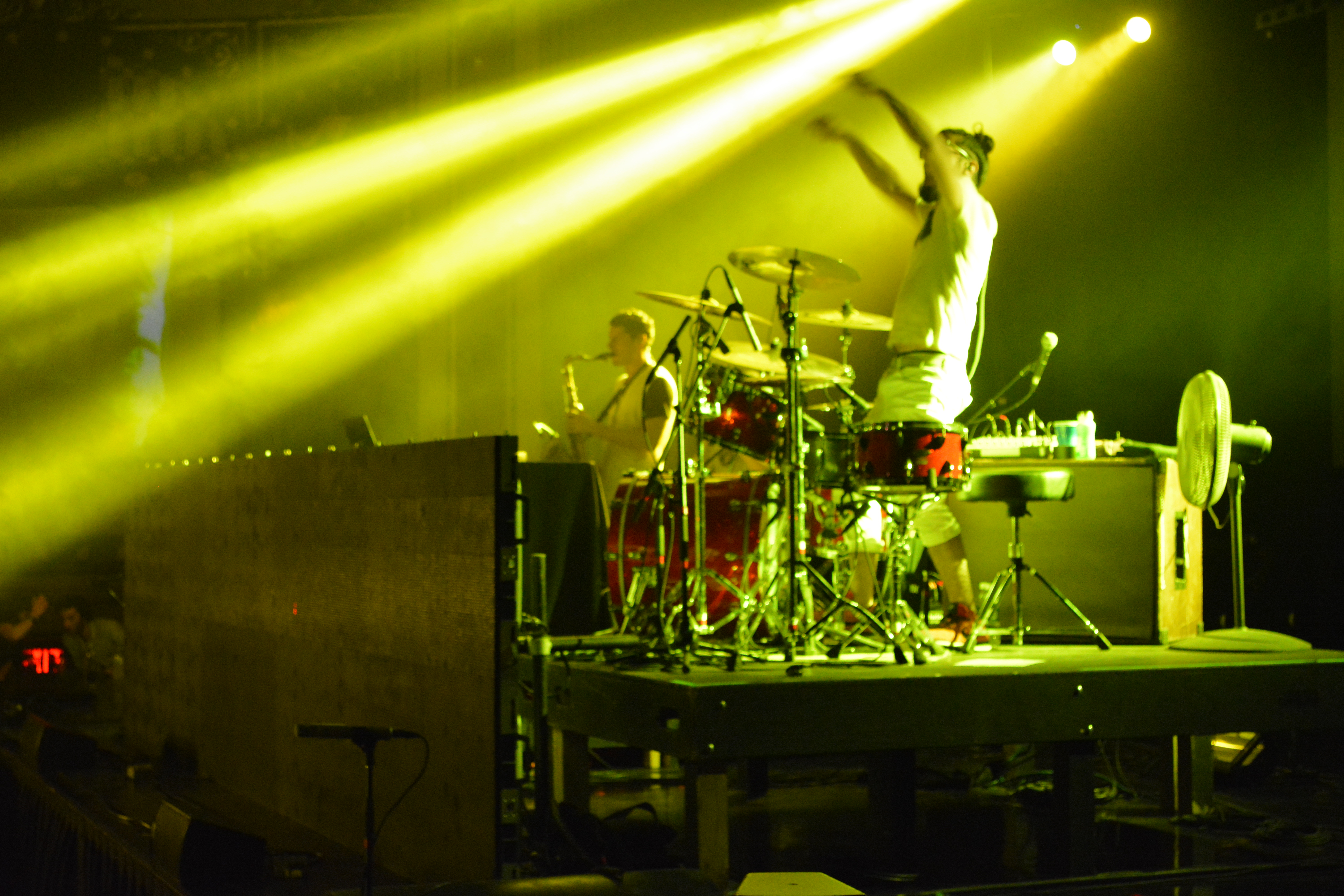 As I walk past the Niagara Falls Police Department and Courthouse, I look to my friend, Mikhael, a Swedish expatriate, and retired First Sergeant of the Swedish Armed Forces. “Jesus of course there are cops everywhere,” I say as a squad car drives by slowly. He insures me that this is how all EDM shows are, and that it would be ok. Paranoia ensues. With every step we take toward the venue, the bass gets a bit heavier.

We get our passes and head through security. I have a photo pass and I don’t even know how to use the camera I borrowed from a friend. As we walk through the doors, the bass reveals a full and complete sound.  We are in the thick of it. Arriving during Snails, everyone was still shuffling around. About half of the crowd was up front.

I take a minute to try to figure out the Nikon camera. I was lucky enough to have a two minute crash course during the day. I snap a pic of the stage from the back of the room, look down, and to no surprise, it was blurry.  While trying to remedy the picture, a frantic and distraught man who appears to be in his 30’s gets my attention.

“Did you just take a picture of me!?” he proclaims as I look up to see what the hell was going on.

I laugh and assure him I did not. He was not convinced and asks me at least three more times. “This guy took one too many hits and needs to chill out,” I think to myself.  I know the only way I was shagging him off was with a complete and wholehearted story without logical flaws.

I say “look man I have never used a camera like this before. I have no idea what the fuck I am doing and so I took a picture of the entire room. You might be in it but it’s so blurry that I would never post it anywhere. It’s a terrible picture.”

Relief pours over his face and his vibrations return to beautiful harmony. I too fell a sense of relief. I bring him back. Back to the camera. 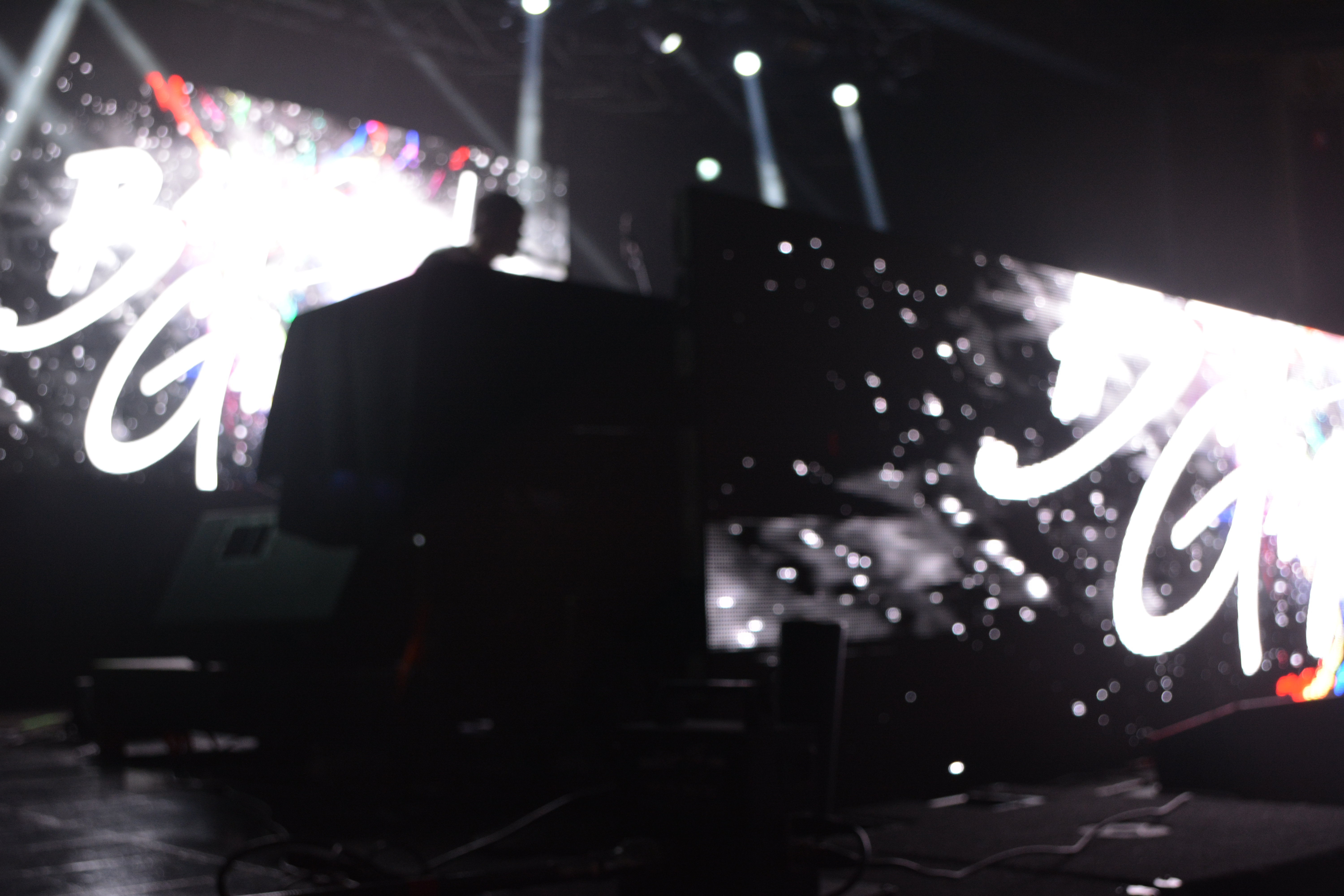 Mikhael pops up a bit later and tells us we should get up front. Who was I to disagree. This was his world and I was lucky enough to be caught up in it for the night.  Let me make one thing perfectly clear: there waree two groups at this show. The people in the front, and those in the back. To the people in the back, this is a night to get a little fucked up, dance, flirt, and maybe find a workable sexual partner. The music was good, but it was a night out first.  But the real freaks, the only ones that matter, are the electroheads in the front. Every peak is the reason they’re there. Every drop the reason they stay.

There we are, and Snails offers a much more conventional EDM experience. Just an ugly bastard with a bunch of knobs and buttons, who while streaming homemade creations carefully crafted in mother’s basement, somehow ignites a crowd into a frenzy of physical contact and jumping around. I only just washed down half a Jameson and Ginger Ale and felt very out of place.  After all, these freaks in the front are all heavily into their own respective cocktails of amphetamines and hallucinogens. I have already learned that one wrong move could spark a panic that could easily bring an early end to someone’s night.

After no time at all, Snails is over. Everyone immediately scatters to the bathroom, for a fresh drink, or a long awaited cigarette. I opt for all three. The chatter in the smokers’ chorale focuses on the upcoming act and the reason I was there: Big Gigantic. There is consensus that they will be the best act of the night and that they were “different.” I knew that they had live drums and saxophone, but wasn’t sure how much their sound would differ from what I knew. 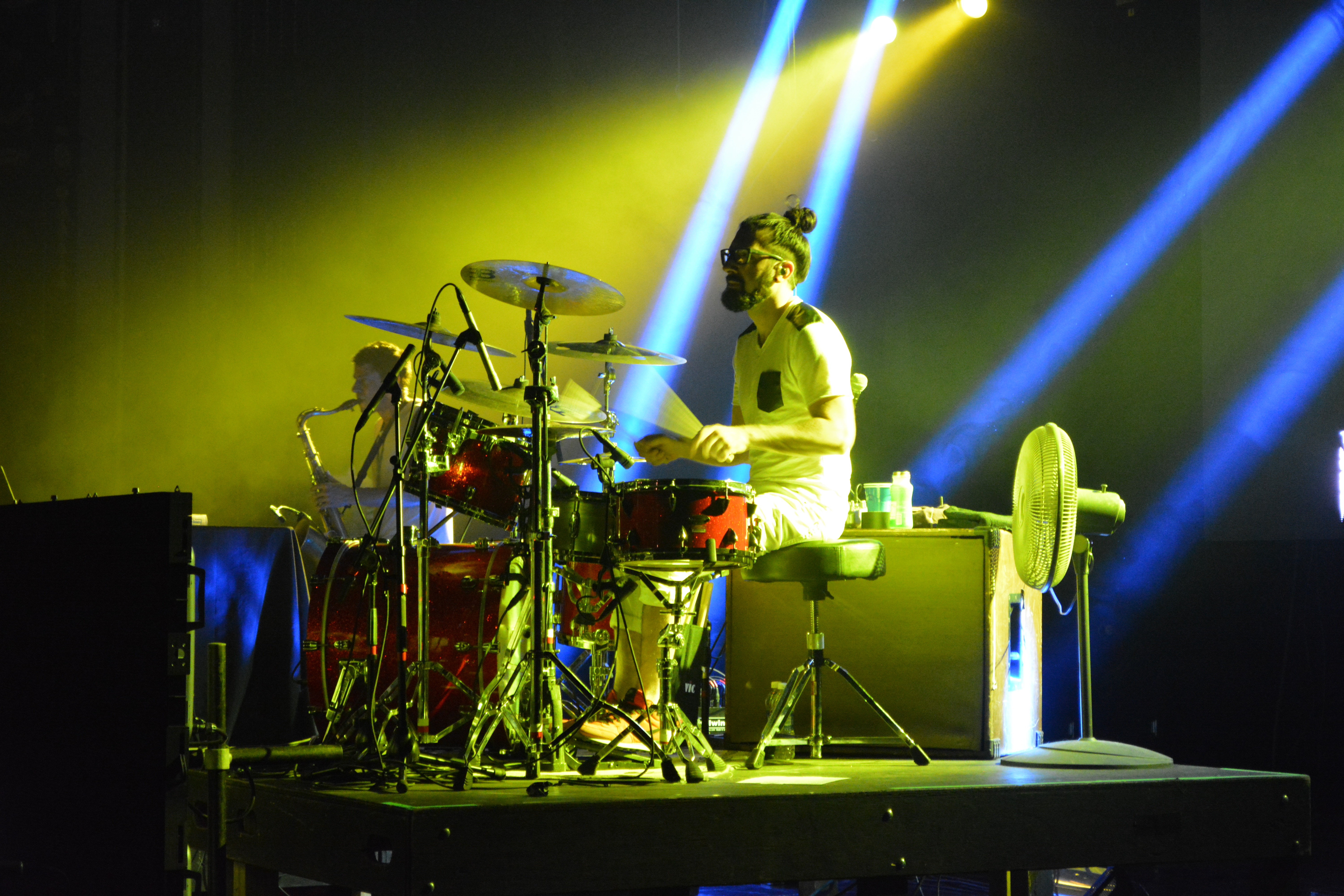 The lights go down and the light board on the stage illuminates. Dominic Lalli welcomes everyone, saxophone in hand. Jeremy Salken takes a seat at his kit, and just like that, they are off. Their sound is undoubtedly unique, different from studio recordings. The live drums bring a more complete sound that we did not hear during Snails. As they work their way through their first few songs, most people aere really into it, but some look dissatisfied.  I approach one such attendee and ask him “what do you think about these guys?” He very matter of factly informs me that they “just don’t do it for him.” I must conclude that the drops simply were not heavy enough to keep this guy locked in. To me, this composite electronic sound is welcome in a world of peaks and drops. 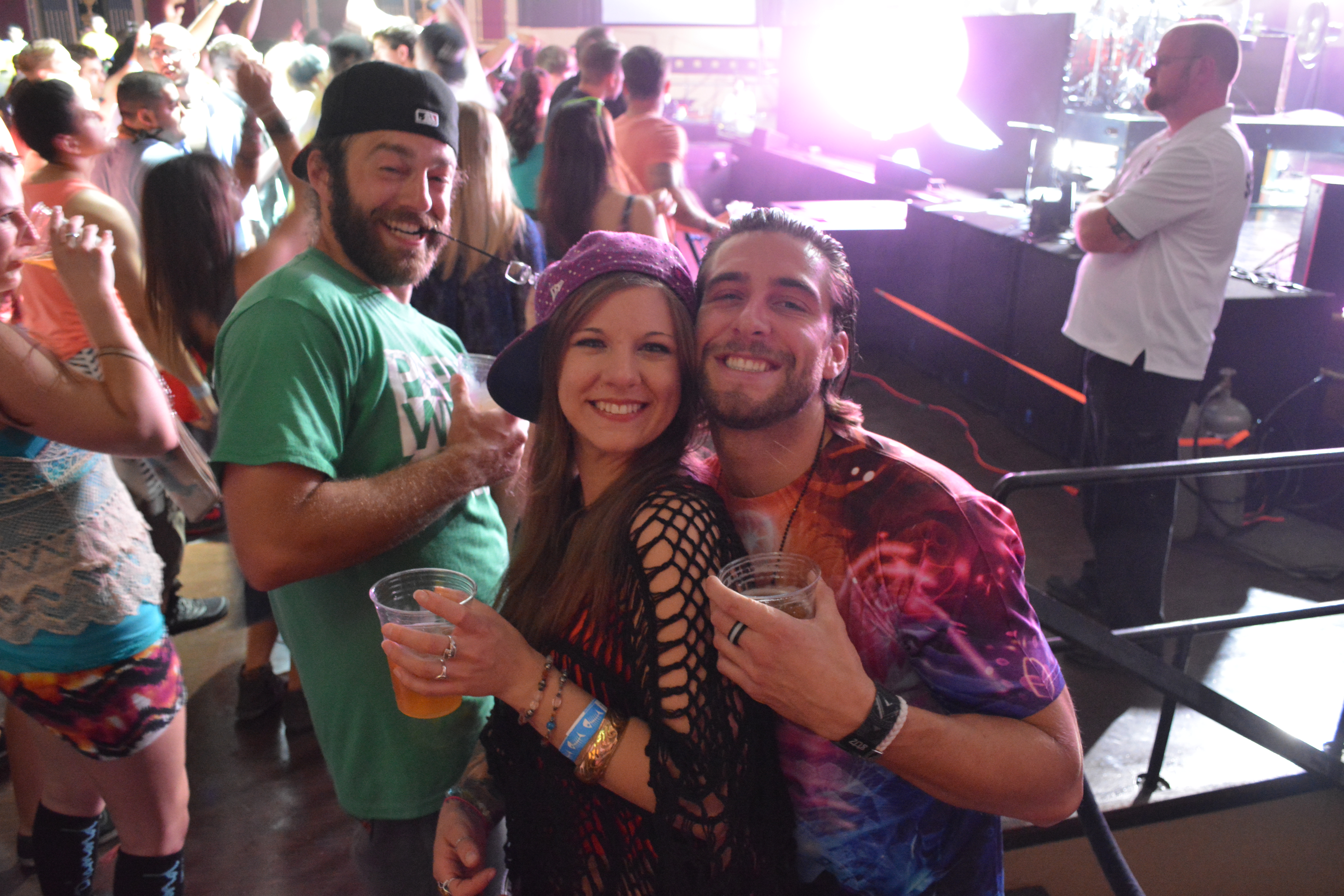 I head back to the bar for another round and to take a few pictures from the back.  I walk past one young fellow walking around laughing in hysterics and proclaiming to all “Roofies for sale!” I have to imagine this guy must be kidding.  No roofie dealer would ever be so enthusiastic about his line of work or so open. I walk by laughing with him; his wicked sense of humor leaving nothing but a good taste.

Although very different in sound from Snails and many other contemporary EDM or jamtronic artists, Big Gigantic still holds true to the fundamentals that I had observed earlier. Peaks, lots of peaks, but not as many drops. Lalli is the shaman and the crowd is his audience.  When he says jump, you jump. When he says get crazy, you get crazy, all the while producing the appropriate vibrations to coincide with his orders. This is perhaps my great disappointment.  Although hailed as a place to get away and be yourself with like minded people, I find myself in what feels like an exercise of mind control, at the very least, a group of people who want to be told what to do and how to feel, not to discover the meaning of the music for themselves.

Finally, there appears to be a lack of connection between the audience and the two men on stage. Except for the real acid freaks, everyone seems to be more engaged with each other rather than the band. This is the fundamental flaw with EDM and what separates it from most other genres of music. The bands that we hold sacred are the ones that bring us to that other place. The ones that if put in an empty room with just that band, you would have the same experience. This was not the case Thursday night and my suspicion is that this is not ever the case. This “art-form” requires human interaction with a backdrop of sound and chemicals. Unique, but unsatisfying. 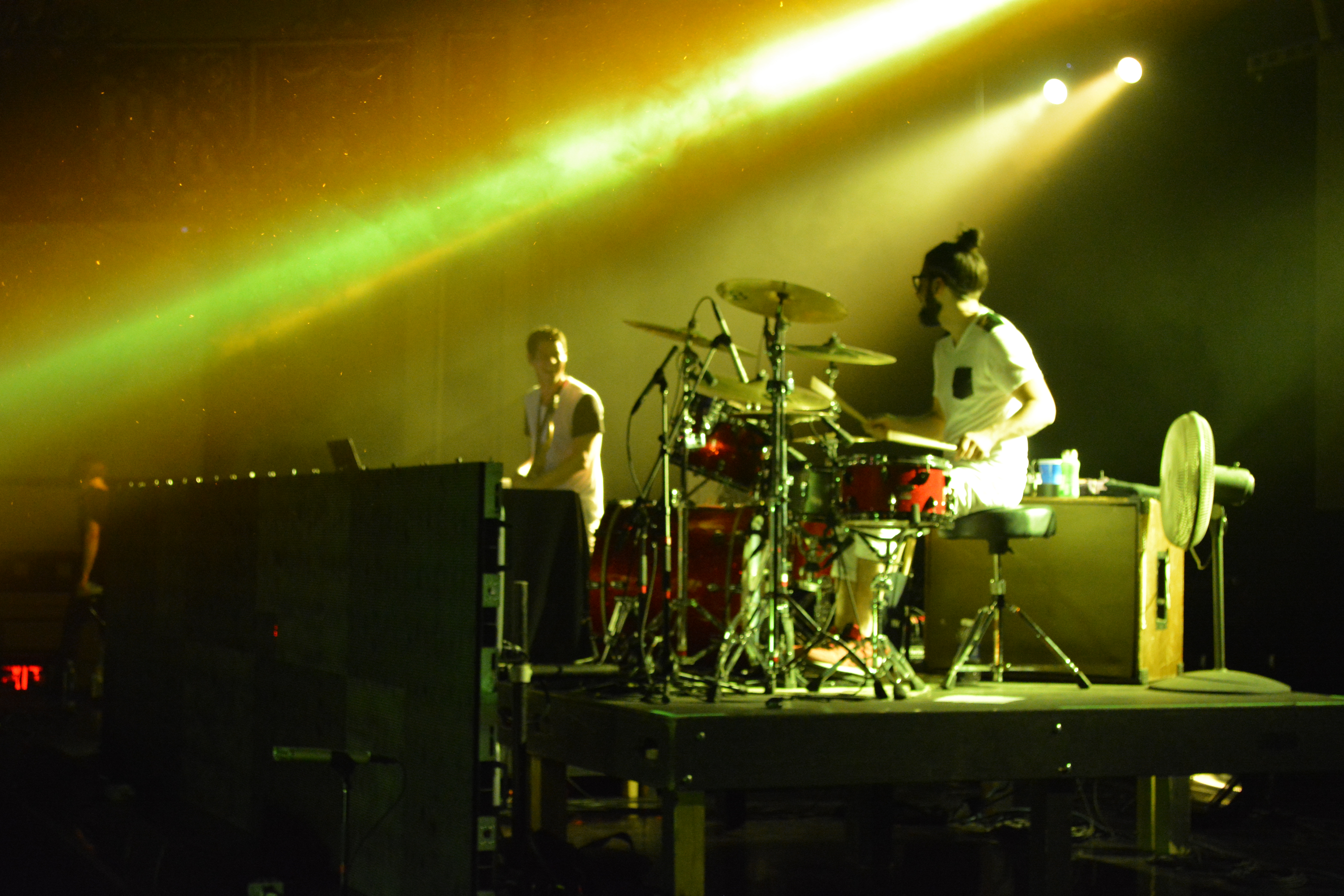