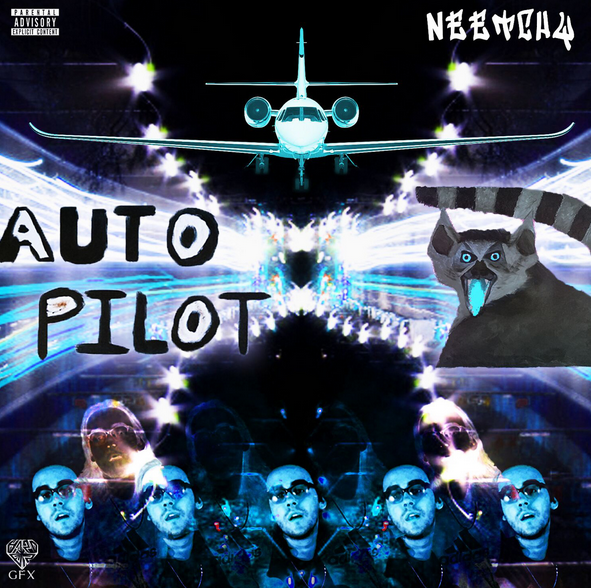 200 Kids Outside is an alternative hip hop duo from Buffalo consisting of rapper/vocalist Neetchy and producer/mixer Minel. Their latest project AutoPilot is an impressive collection of melodic, cloudy tunes of varying styles. Neetchy brings a unique blend of melody and rap to the group, while Minel serves forth instrumentals that draw elements from many different genres of music. Their production value is top notch, even though they’re self-described as “bedroom musicians.”

Though unconventional, Neetchy’s singing shines throughout AutoPilot, particularly on the unification track “Needle,” essentially a ballad vocally. Layered, mechanized vocal tracks are characteristics of the duo’s music, and their use puts the music over the top sonically. This is most apparent on project standout “Stranger,” where Neetchy’s melodic ear creates a track thats hummable from the very first listen. The production on this track is great too, centered around some guitar strums that could be straight out of a King Krule, or even Ed Sheeran song.

Neetchy proves to be a talented traditional rapper too when he abandons the singing. This is evident on the sinister opener “Watch Your Back,” where he drops bars like “I like to play like I was 6 years old, usually by myself cause I’m too damn cold.” over a knocking instrumental. Neetchy also displays his adaptive talents as he floats effortlessly between the melodic and the straight rap, as on the turbulent love song “Tornado.” The tail end of the project sees a couple of nice features from Polo Hood Rich and Thorb, on “Saturday” and “Private Show” respectively.

It’s great to hear a relatively new act with such a firm grasp on their sound. 200 Kids Outside have their sound figured out, and with a such a complete project like “AutoPilot” under their belt, it’s exciting to see what their future holds musically. Keep a look out for Minel and Neetchy, and give the project a listen below.