Wylie Something – untitled, unfinished, yet mastered? 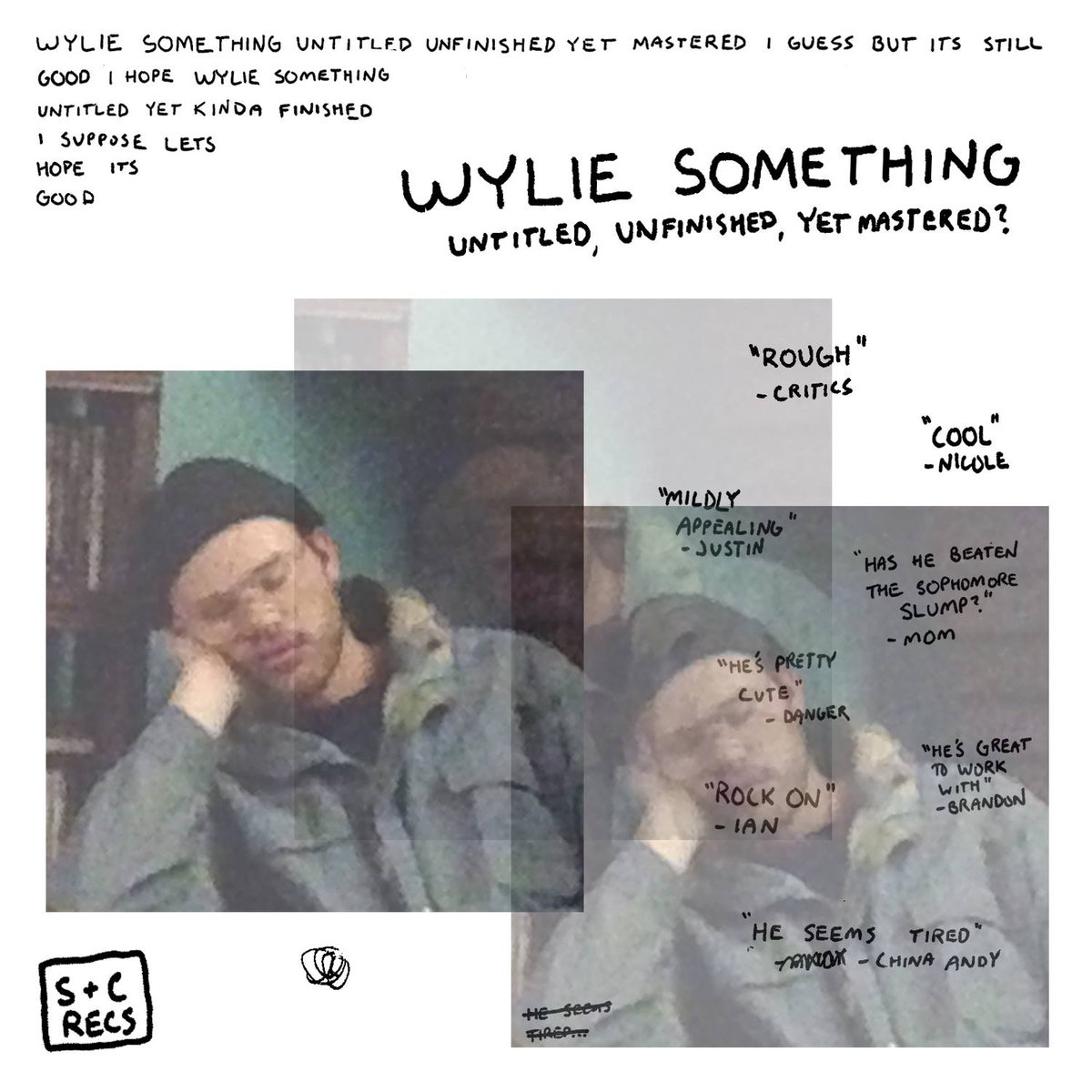 The latest offering from Wylie Something is a compilation called untitled, unfinished, yet mastered?, presumably a take on Kendrick Lamar’s untitled/unmastered. Wylie Something is the moniker for Buffalo-native turned Philadelphia-based college student, Jacob Smolinski. If you have been exposed to Smolinski’s other works (The Cascos, or most recently Local Onlys), then you know the musician is keen to writing features catchy and danceable indie rock. Released through local label Steak & Cake Records, it consists of songs he wrote over the past few years but didn’t know what to do with, assembled and mastered by producer Brandon Schila.

Schila’s work extends beyond the production. He lends a hand on the compositions as well, taking on the role of bassist and drummer. Also present are backing vocals from Maggie Maloney. These contributions help round out the songs and bring Wylie’s tunes to life.

Virtually every song is tight and compact, with a runtime of approximately 2 minutes or so apiece, so the album cruises right along. Each of the songs has a light manner to them, with bright guitar tones, reminiscent of The Strokes. Smolinksi’s voice stands out and is well suited for his songs. It’s deep and warbly in tone and he floats in and out of his falsetto, providing a loose and carefree nature. Tracks like “museum” and “cigdog” nicely display these tendencies.

Though composed of initially throw away tracks, untitled, unfinished, yet mastered? is a solid output. Wylie Something neatly combines alternative, indie rock and pop, packed together for a quick and fun 15 minutes.