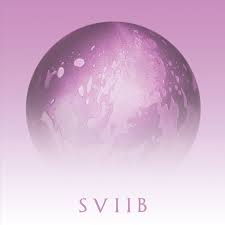 After nearly a decade, Alejandra Deheza is ending School of Seven Bells. Originally a trio, Deheza is lone founding member after her twin sister Claudia left in 2010 and Benjamin Curtis tragically passed away in 2013. SVIIB is the fourth and final album from the dream pop group, and serves as a tribute to their late member. Before his passing, Curtis was able to record new material with Deheza one last time, all of which is the basis of the new record.

Baring a strong sonic resemblance to the production style of the 1980s, the album is filled with cascading synths and echoing drumbeats. Blending together elements of shoegaze rock and indie-pop, it achieves a sound that is both retro and modern. Throughout, Deheza’s vocals float hauntingly over top of it all, drenched in reverb and rounding out the dense, dreamscape arrangements.

There is an inherent sadness that runs through the album, and its understandable why. Overall, however, it’s not a depressing album. There is a certain amount of energy here that you wouldn’t expect considering the circumstances. After all, this is still a School of Seven Bells record, and as such it still contains all of the pumped-up, widescreen electronics they’ve become known for.

If there was any one way for Deheza to memorialize the late Curtis, it is by offering the world his final musical endeavor, created (at times literally) on his deathbed. SVIIB nicely serves its dual purpose, as both swan song and requiem.