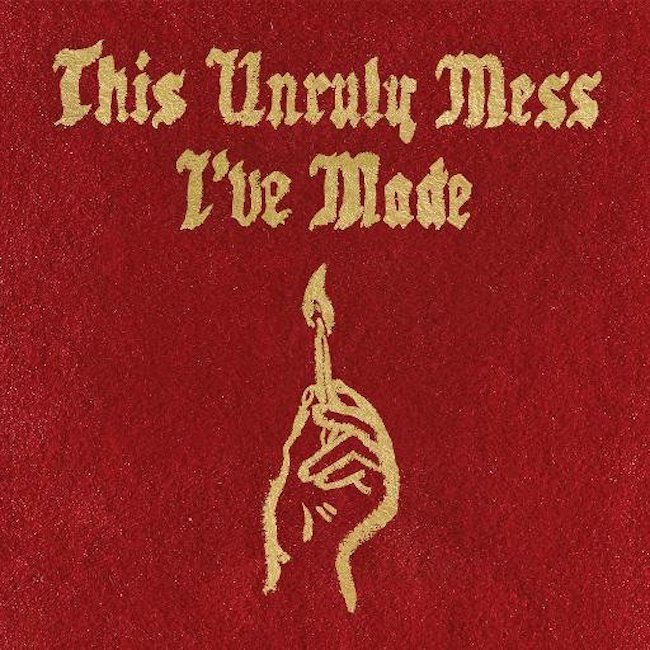 Seattle-based hip-hop duo, Macklemore & Ryan Lewis, have a lot to say on their sophomore album. This Unruly Mess I’ve Made is a hodgepodge of genres, thoughts and stories. A lot of the tracks do actually hit their mark, while others fall short of the massive hype. Musically, the pair continues their brand of underground-cultivated indie-gospel, with heartfelt piano, dramatic strings and joyous choir. Unfortunately, the lyrical content is all over the map.

The record starts off earnestly enough, with a song about Ben Haggerty’s (aka Macklemore’s) disdain for award show culture. But after that it begins to wander through a strange assortment of politically charged, inspiring tunes and quirky joke-rap. The contrast between the two doesn’t quite add up to the overall intellectual statement Haggerty would like it to be, instead creating a frustrating ambivalence toward a record that could have been truly great. The silly tracks actually undermine the message he’s pushing on the meaningful ones. Lead single “Downtown” is catchy enough and works as a radio hit, offering funk pop grooves and an exuberant hook. But the rest of the “fun” tunes seem to fall flat in context.

That’s not to say Haggerty doesn’t find success here, though. Standout tracks like “Kevin” and “Need to Know” represent some of the bright spots on the album. It helps that they feature excellent guest appearances from soul singer Leon Bridges and ubiquitous verse-contributor Chance the Rapper, respectively. In fact, this is the second time in as many weeks that Chance has stolen the show on a new album from a mainstream rap star (the first time being on Kanye West’s The Life of Pablo).

This Unruly Mess I’ve Made shouldn’t be enough to lose faith in the rapper/producer combo quite yet, with several meaningful and socially conscious tunes helping to keep it afloat. However, with odd attempts at reclaiming the novelty of hit “Thrift Shop” with tracks like “Brad Pitt’s Cousin” and “Let’s Eat,” it is definitely enough to make you scratch your head. The new album is aptly named, to say the least.