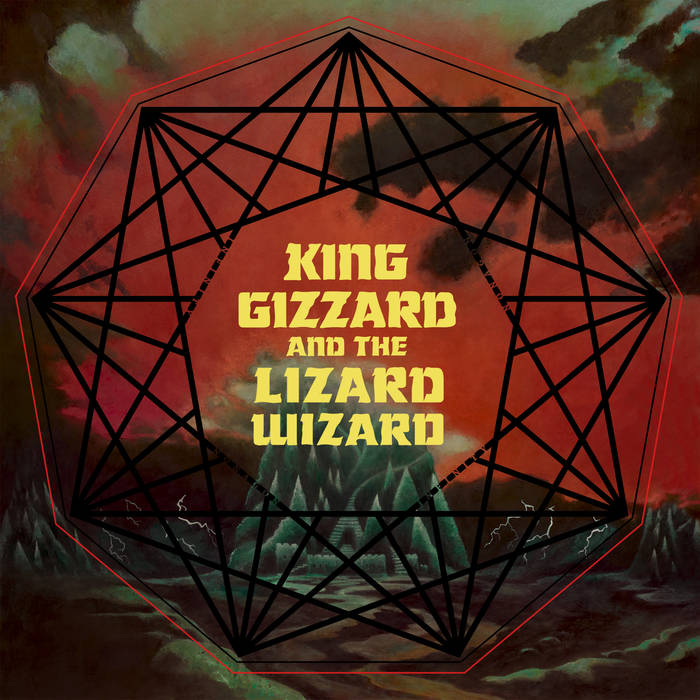 King Gizzard & the Lizard Wizard have been on a tear since forming in 2010. The Melbourne, Australia-based psychedelic rockers are now on their eighth full-length studio album in six years, an impressive output considering they are also relentless live performers. Their latest, Nonagon Infinity, is an onslaught of fast tempo, psyched-out rock that shows off their cornucopia of influences.

The entire album is intended as a continuous, looped musical piece. Each track flows directly into the next, with the final track (“Road Train”) connecting seamlessly back to the first (“Robot Stop”). If you were to put the album on repeat, it would continue forever. Of course, you could do this with any album. However, there would be a clearly defined and discernible beginning and end. With Nonagon Infinity, you don’t know where one song ends and the next one begins, as you are lead on a never-ending sonic journey. Lead single “Gamma Knife” ends innocently enough that it works as a stand-alone tune. However, when thrown back into context with the rest of the album, where the ending riff is immediately repeated on the next track (“People-Vultures”), ambiguity ensues.

From psychedelia to garage, and krautrock to progrock, King Gizzard & the Lizard Wizard’s recipe calls for the weirdest and most dynamic representation of ingredients. While the blistering, grimy electric guitar riffs are the prevalent force here, under the surface you’ll find fiery contributions from instruments like the harmonica, setar and zurna. Their implemented range of musical ideas is wide; “Gamma Knife” incorporates melodic influences from Eastern world music, while “Mr. Beat” rides a ‘70s blues-rock groove. For something seemingly all over the map, Nonagon Infinity is incredibly cohesive.

King Gizzard & the Lizard Wizard have come close to capturing the frantic energy of their live shows and translating it into album form. The new record is a trippy gem that sprints to the finish line, even though there really isn’t one. Despite being armed with an already prolific output of material, Nonagon Infinity is proof they aren’t slowing down anytime soon.