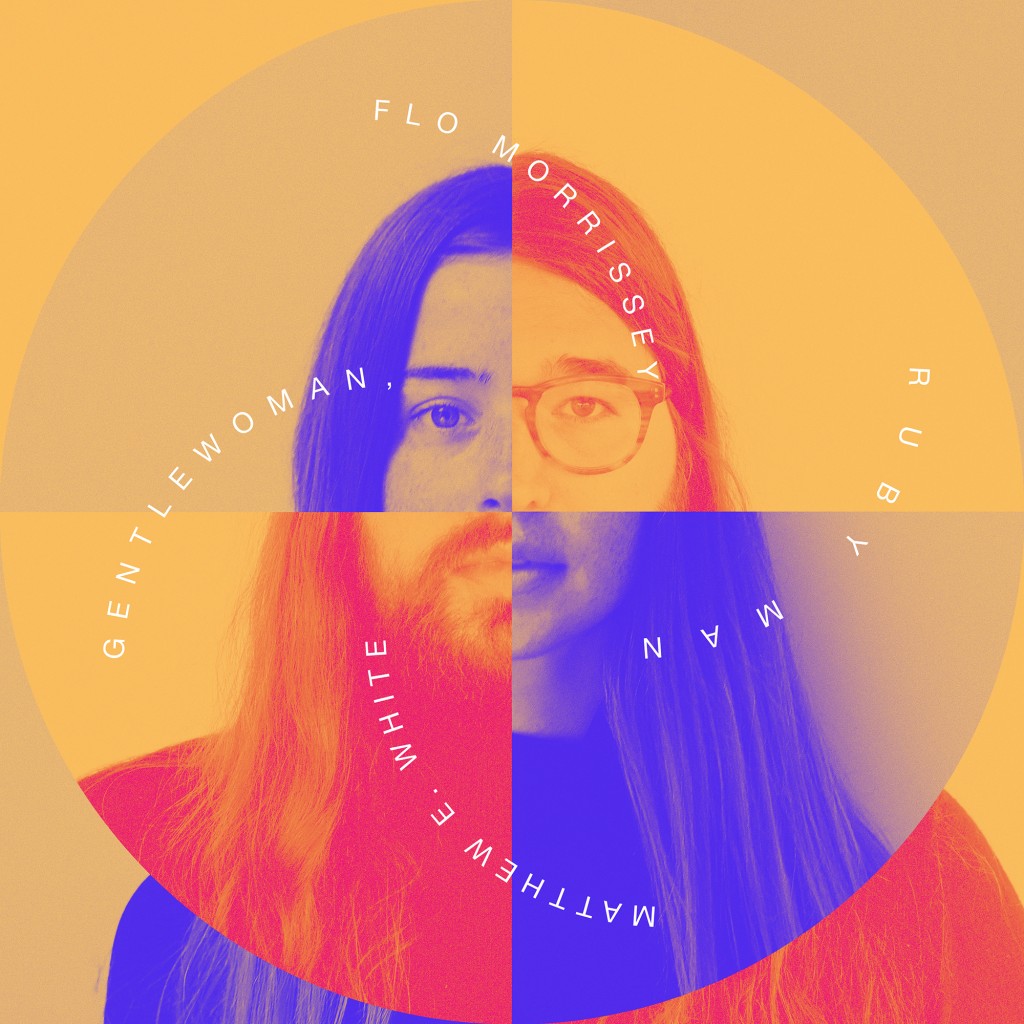 Spacebomb Records has made a name for itself developing a polished sound reminiscent of ‘70s psych-soul. On this latest release, label founder Matthew E. White teams up with English singer-songwriter Flo Morrissey to deliver a batch of interesting covers, ranging from a Hare Krishna mantra (“Govindam”) to the theme from Grease. Titled Gentlewoman, Ruby Man, it’s a trip that’s equal parts sun-drenched and fuzzed out.

Traditionally, when a female and a male singer get together to tackle an album worth of covers, the songs are usually well-known hits presented as romantic duets. This record is not traditional, and finds Morrissey and White trading singing duties and playing off of each other in unique ways. White’s understated voice has a low whisper to it, and it compliments the lilting and ethereal tone of Morrissey’s. Not to mention, there are a few deep cuts here by lesser-known artists, including tracks originally done by Nino Ferrer (“Looking For You”) and Charlotte Gainsbourg (“Heaven Can Wait”). This is all underscored by a tight performance from the Spacebomb Records’ house band, employing a groovy melting pot of jazz, funk, R&B, soul, rock, prog and psychedelia.

The record starts off strong, first with the upbeat “Look at What the Light Did Now,” transforming the Little Wing song from sparse acoustic ballad to bouncing California soul pop. They move on to an interpretation of Frank Ocean’s “Thinking Bout You” that’s breezy and smooth. After these first two tracks, the album takes some turns, some good and some bad. They turn in a safe rendition of Roy Ayers’ jazzy soul tune “Everybody Loves the Sunshine,” and a meandering take on James Blake’s “The Colour in Anything.” The Leonard Cohen classic “Suzanne” is an odd inclusion here, not quite fitting in even on an album marked by eclecticism. But they regain some steam with the always-fun Velvet Revolver rocker “Sunday Morning.”

Gentlewoman, Ruby Man is lined with bold choices, most of which do pay off in the end. If anything, it showcases Matthew E. White’s ability to cultivate a diverse musical aesthetic as producer, and Flo Morrissey’s blossoming chops as a bandleader. You won’t find anything groundbreaking, but if you’re looking to scratch a sonic itch, this should definitely do the trick.