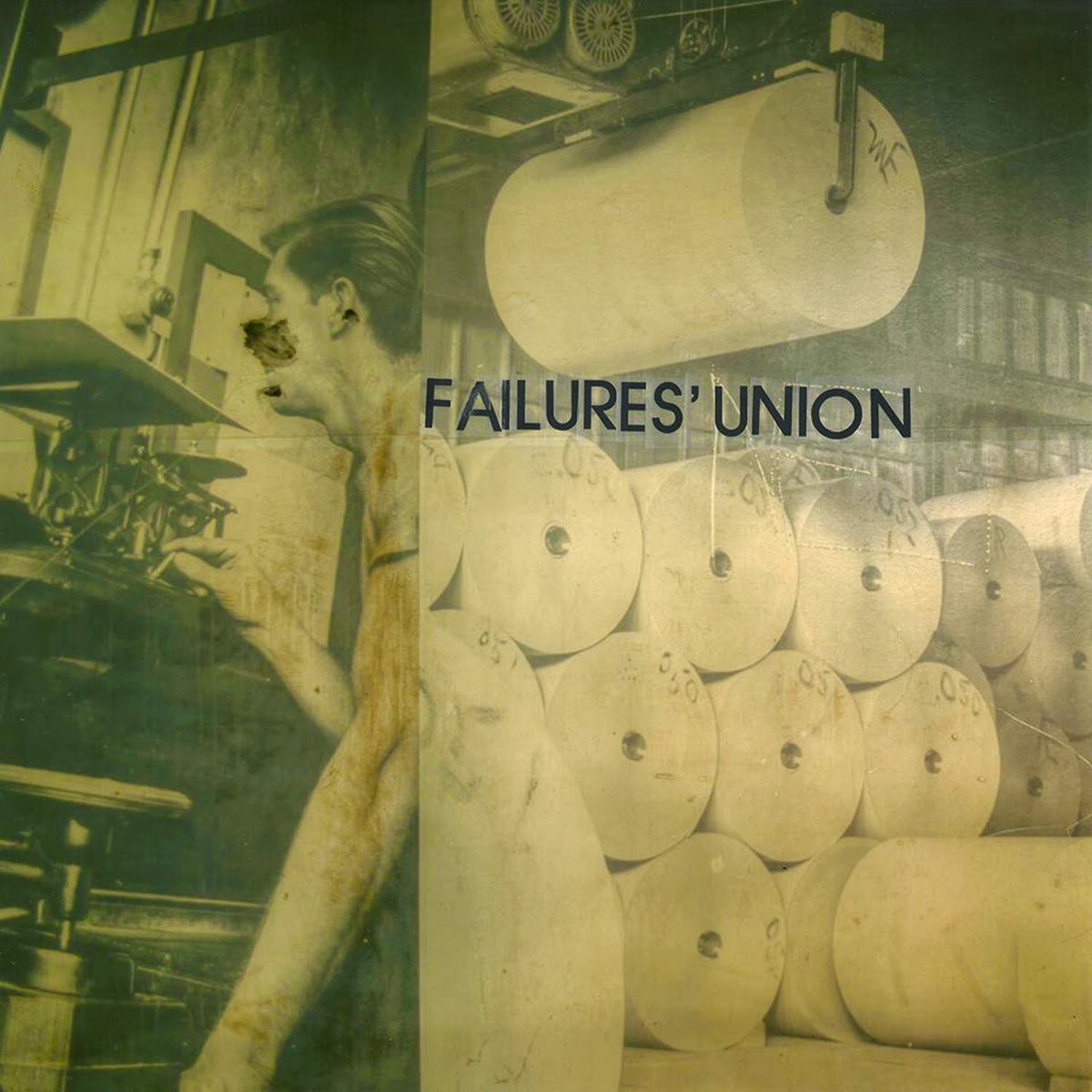 When I mentioned to people that I’d be writing up the new Failures’ Union release, Tethering, I generally got one of two responses.

The first was that these guys were staples over at Mohawk Place. The association makes sense: that’s where the band got its start back in 2004.

“We started out in a practice space above the bar, and that tiny room, along with the bar itself, were our homes for many years,” said Failures’ Union bassist Jason Draper.

With Mohawk gone, the band and the city are still feeling the hurt. Failures’ Union has only played four local dates since the venue closed its doors. Draper pointed out that some venues, like Spiral Scratch Records and the newly-resurrected Sugar City, have stepped up to the plate since, but that “it’s a band-aid to a problem that needs some stitches.” If the music scene is going to flourish once again, it needs a bar “of the right size, with the right attitude.”

Not that you would think the scene was floundering after listening to Tethering. In 2014, Failures’ Union may have released the last great record of the nineties. But they don’t sound kitschy, nostalgic or dated like many bands trying to emulate Pavement or Dinosaur Jr. do. That’s because they don’t sound like they’re trying to emulate anyone. There are shades of the Goo Goo Dolls, Archers of Loaf, and the Gin Blossoms here, but those bands sound less like influences and more like peers.

Which stands to reason considering the second descriptor that people used to describe Failures’ Union to me: “hard working.” On one hand, “hard working” means exactly that: always writing, always booking shows, always playing your guts out. For Draper, it’s about making music an integral part of your life.

“When we’re not [playing music], there’s a void, at least in my life,” said Draper. “Anything we do with the band is out of necessity to keep ourselves sane.”

“Hard working” has its drawbacks, too. It closes as many doors as it opens. Certain types of cool require the appearance of effortlessness. Fonzy loses his edge if he looks like he’s trying. Ziggy Stardust falters once you see him start to sweat.

Tethering, on the other hand, sounds a little sweaty. I mean that as the highest compliment. This is absolutely Failures’ Union most polished work yet, but no amount of production wizardry could wash away the grit that’s built into their sound. Ziggy Stardust is not just cool: he is cooler than you. He lets you know this by standing on an elevated stage and telling you that he is from another planet. Failures’ Union, on the other hand, is standing on the floor with you, sweating alongside you. They aren’t in it for status. They’re there to play some music, plain and simple.

At the end of the day, that’s what “hard working,” as an aesthetic, boils down to: authenticity and relatability. That’s what makes Tethering so easy to like. It comes off familiar like your favorite record, so much so that it’s easy to miss the songcraft and the hooks the first time through. But you’re sure to repeat: at a time when many albums coming out aim to challenge, perplex or pummel the audience, Tethering is a pleasure to listen to, straight up and down.

Tethering is perhaps Failures’ Union’s best album, and it’s definitely their most mature. It sounds more polished than their prior output. But it’s more than that. The straight-ahead punk-inspired exuberance of their earlier work has been traded in for patience and songcraft. Where a younger band might give into the temptation to batter the listener into submission by throwing all of their good ideas out at once, Tethering sees Failures’ Union banking on the slow burn.

Or at least as slow of a burn as you can get with mid-nineties guitar-based alt-rock. These are still pop songs in their hearts, but Failures’ Union deftly navigates a more expansive dynamic landscape than they’ve tackled in the past.

Tethering opens up with “Painting Lines,” which sets the tone for the rest of the album. Those familiar with Failures’ Union’s past work are sure to immediately notice the band’s growth as musicians and performers. Singer Tony Flaminio is in especially good voice throughout and he and the rest of the band never lose the sense of forward momentum that they establish here.

It’s hard to pick a favorite track here because all of the songs reside in the same neighborhood. “Between,” which we chose as one of our favorite local tracks of 2013, is maybe the most immediately catchy. “Vs. The Tide” sees the band bringing in the sax sounds that Bruce Springsteen made famous and that The Men recently made cool again. “Hard to Sea” might have the chorus best suited for a sing-along if you get the chance to catch Failures’ Union live. And “Human Shield” is probably the tune that I’ve found myself walking around my house humming the most since I snagged a copy of the album.

All that said, Tethering should be listened to as an album, not as a collection of songs. If you’re at all a fan of the genre, then it’ll hit immediately like a record you’ve loved for years.

In fact, you can pick it up live and in-person. Failures’ Union will be playing a release show at Broadway Joe’s (Tuesday, 4/8) along with Iron Chic, Broadcaster, and Mapmaker (who is also releasing an LP at the show). It’s their last local show before they jet off to tour Europe. Kicks off at 7 pm. Six bucks at the door.

If you can’t make the show, then I’m sure some local record shops will be receiving copies shortly. You can also pick up a digital copy on Bandcamp.