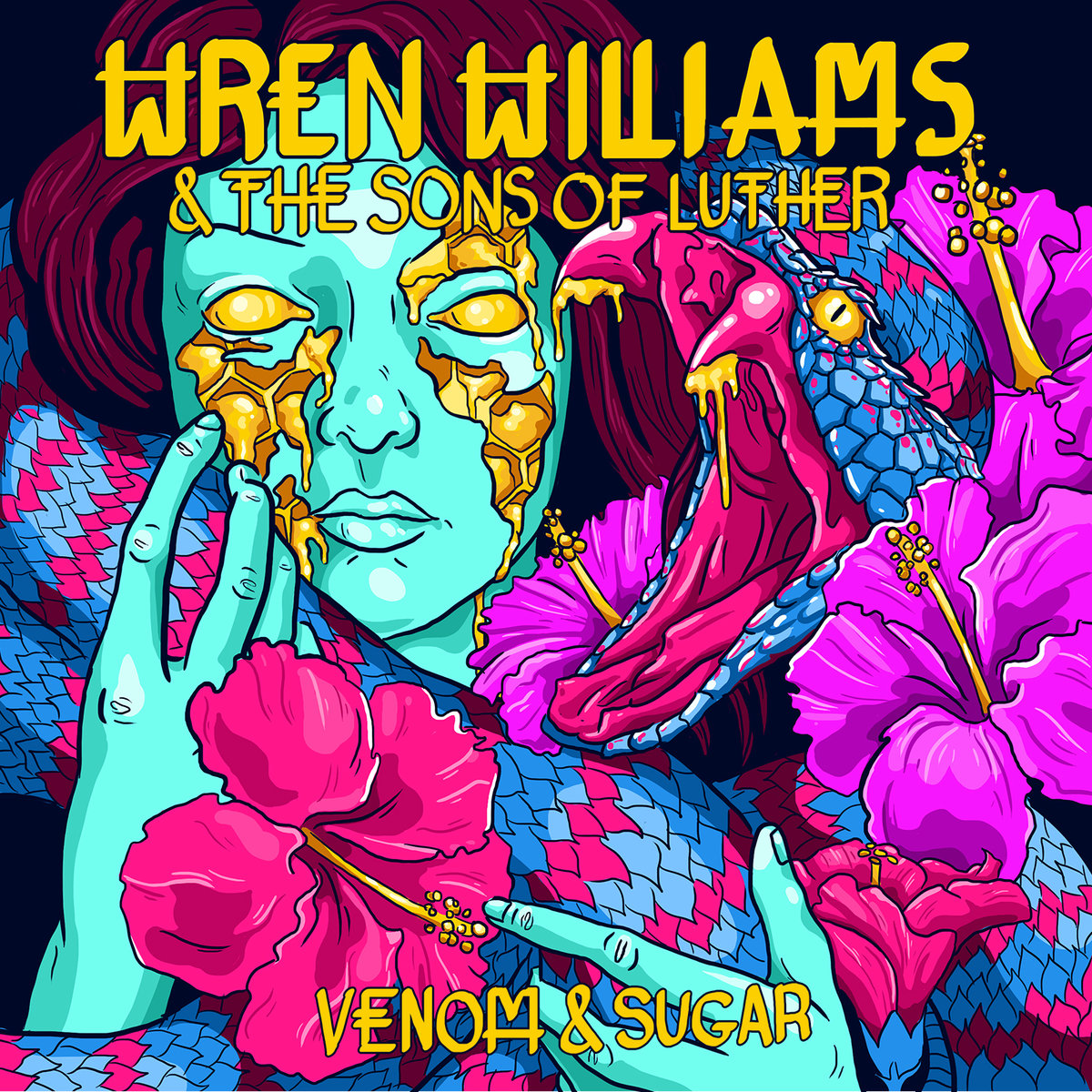 Rochester native Wren Williams has been an active WNY musician since the early aughts, but has recently been making lots of waves in our lovely, Buffalo music scene… With the help of his backing band, a trio of cousins affectionately named “The Sons of Luther,” Williams dropped an ambitious full-length last month in the form of the 11-song Venom & Sugar.

Venom & Sugar is a telling title; the album starts out biting and menacing and gradually morphs into something sweet and pretty. Vitriolic songs “Inevitable Collapse” and “Conspiracy Theory” kick off the album with a one-two punch, introducing the listener to the band’s indie rock ‘n roll vibes with a hint of glam. The album has strong themes of duality and touches poignantly on issues of mental health, something the outspoken Williams should be proud of.

Eventually the listener is greeted by the meat-and-potatoes triad of “Psycho Maniac,” “Out Of Touch,” and “Saving Grace.” “Psycho Maniac” is a buffaBLOG favorite, an organ-laced tune about mental health and the journey to one’s self awareness. Wren acknowledges that we’re all psychopaths from time to time, and rather than challenge that and discuss it, we’re more willing to just accept psychopathy as reality. Meanwhile, “Psycho Maniac’s” instrumentals swagger on in a mid-tempo daze, acting as a brief refrain from the albums otherwise fast-paced experience. All in all, “Psycho Maniac” is one of the albums highlights – we recommend starting here.

My personal favorite V&S tune is “Out Of Touch” – Wren’s convoluted guitars ring discordantly in just the right way. “Out Of Touch” is about cutting out toxic relationships from your life and the crippling stasis of over-analyzation afterwards. Williams hits the mark with, “Devil on your shoulder has a look in his eye, like he just strangled the angel on the other side – told me he saved you a seat in hell, that’s just great. found a grave with some shade cause I know you so well.” The fuzzy guitar solo afterwards is just icing on top.

“Saving Grace” is where the album’s “sugar” starts. There is a notable sonic shift here, from refreshingly-real to hopeful. Williams combines a pop-punk inspired riff with atmospheric vocals and fuzzed out, maximum overdrive guitars. It’s a refreshing turn away from Venom & Sugar’s initial tendency to call it like it sees it. Not to mention, it’s also quite an earworm.

Venom & Sugar’s sugary side is something you should hear for yourself. Get acquainted with the album via the Bandcamp widget below. Be sure to catch Wren Williams & The Sons of Luther at their next show – March 25th at the Bug Jar, a benefit show for JT Fitzgerald.