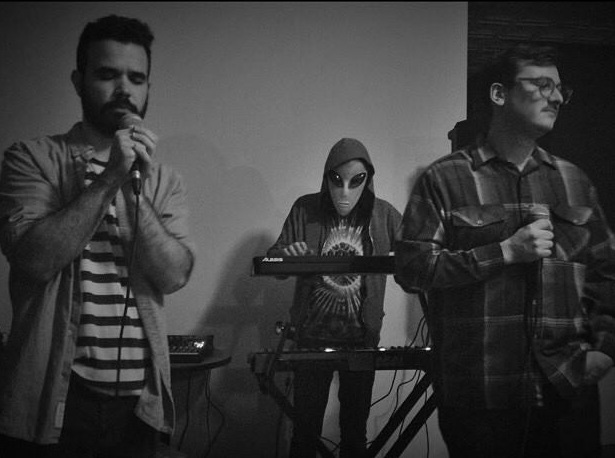 With the break-up of Buffalo’s beloved goofrock band/art project, Well Worn Boot, the local scene has been void of a talented group of talented musicians that can simultaneously deliver good music and “wait… what did they just say?” Enter Wood Bois, a three-piece electro-goth project featuring Blaine Wood (vocals/keyboards), Julius Bois (vocals/samples) and Hiding in the Dark Hiding in the Shadows (keyboards). I am assuming that’s not his birth name. Anyway, the trio released a new EP this past week, titled Sex Playlist. riding

As far as the subject matter,  it’s all over the gambit. The EP starts off with “Razor Scooterz.” The track is led by a gothy-synth and soon evolves into a song about how much a job sucks and how you can’t wait to just get out of work and ride a Razor Scooter. The second track of the album, “The Sparkles,” could easily be a Cure/The Drums B-side. The instrumentation at least. Content wise, the song is about a magical kiss that gives the Bois sparkles. At about two minutes, the Bois sing about the kiss influencing the kidnapping the lover’s cousin. “The Sparkles” is probably the most serious and least outlandish, and I would argue most single-like.

“Can You Feel it? (No)” is about one-sided love. It’s very 80’s tinged, much like the rest of Sex Playlist. Wood  Bois somehow string together references of The Nanny, “La Bamba,” and Nebraska. At 3:50, “Can You Feel It?(No)” turns into a rap song with some select quotes from Eminem in “Forgot About Dre.” Overall, “Can You Feel It? (No)” is the most epic in the band’s repertoire. Last on the EP is the song “Meth Girl,” a song about hooking up with a girl that smokes meth out of a can.

Overall, Wood Bois are a band that I have no idea where they are going with a song and constantly deliver surprising one-liners and absurdity. Fans of a rated R Weird Al, Soft Cell, or Tenacious D with synths would dig Wood Bois.