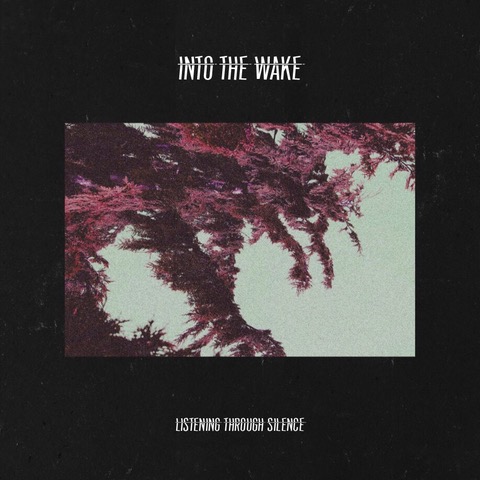 Into The Wake has been through a lot… For them, 2017 was a year of many shows (solo and otherwise), but an equal amount of loss and frustration. They soldiered on through a member change and still managed to hit the studio with Jay Zubricky at GCR this past autumn… Now standing strong as a solid quartet, the band is moving forward as always, having just released a three-song EP called Listening Through Silence.

On Listening Through Silence, the band has honed their biting, political approach into something more emotional and nuanced. Into The Wake has polished many of their rough edges here – their songs are flush with lead guitar, and layered thick with shimmer and ambiance. There now exists a palpable darkness to their hard rock/heavy-emo songwriting – think somewhere between A Perfect Circle and Thrice.

On lead single “The Note,” the band trades anger and guttural screams for tasteful vocal harmonies and textured noise. Album opener “The Great January Flood,” finds singer/guitarist Greg Priester lamenting solo, with just his guitar as accompaniment. The song explodes at the halfway mark, eventually fading into a passionate, if morbid, chant of “we all die alone.” EP ender “Black Mass”is definitely a standout – the discordant intro riff will catch your ear before deftly smoothing out into the poppiest chorus on the EP.

Bound together by guitar motifs and dark subject matter, these latest three songs are proof that Into The Wake is progressing as songwriters and as a band. That momentum alone makes Listening Through Silence worth a run-through. All three songs are now available via Bandcamp.