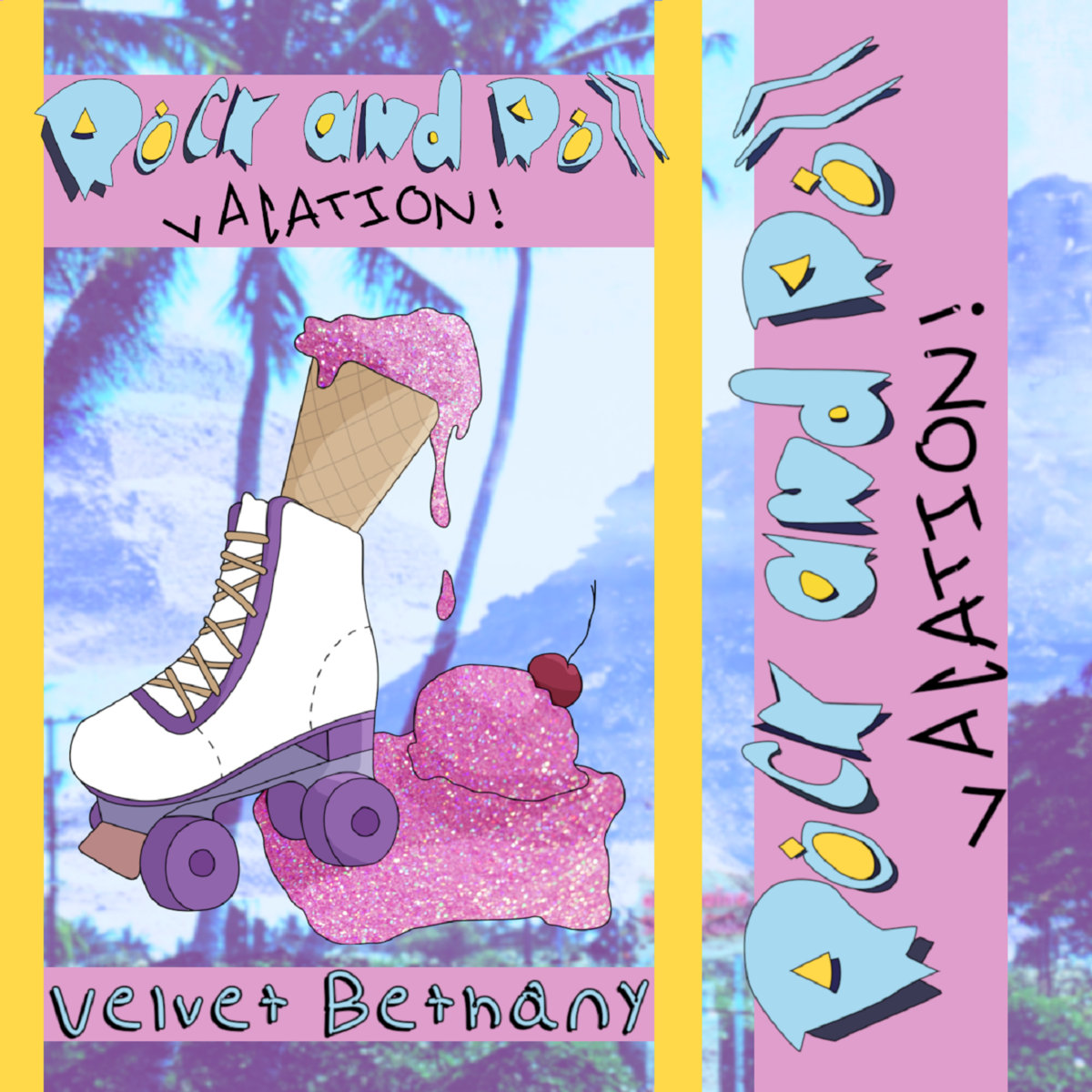 Feminism is punk rock. If you don’t think so, you don’t know punk. Punk rebels against the status quo and focuses angst and anger to inspire change for the better. And in 2019, women have plenty to be pissed off about. Enter Velvet Bethany and their brand new full-length, Rock & Roll Vacation!. The latest is the band’s fifth release and stuffed with ten catchy tracks of garage punk rock that’s an absolute blast from start to finish.

What started as singer and guitarist Allison Mitchell’s solo project evolved over the past five years into a four-piece powerhouse with the additions of Vivian on lead guitar, Lux Arnold on bass and Mike D behind the kit. These four bring out the best in each other to create candy-coated, sweet ‘n’ sour punk rock with badass and irreverent feminist attitude.

After a brief 8-bit musical masterpiece, the album opens with the retelling of a drunken sexual assault and the declaration, “Fuck men. The end.” This sets the tone loud and clear and follows it up with the punk rock funhouse track, “Creeps,” about, well, creeps. It’s the perfect introduction and could one day become the band’s anthem.

Mitchell’s vocals truly shine on Rock & Roll Vacation! with wonderful peaks and valleys of emotions and inflections. On tracks like “Significant Other,” she sings with the sweetness of Sandy from “Grease,” but on others like “Turn It Off,” she screams with the ferocity of Lorena Bobbitt on the night of June 23rd, 1993. It’s punk to its core and perfectly compliments the album’s bratty, dancy beats sprinkled with surf rock and doo-wop influences.

Other standout tracks include the poppy “Pancakes,” frantic “Dolphin Diner” and shout-a-long “Salt!”

Velvet Bethany is on a mission to inspire women to follow their dreams, promote positive relationships and bring all genders together through art and music. With Rock & Roll Vacation!, they take one big step forward in bringing that altruistic goal to fruition.

Stream Rock & Roll Vacation! via Bandcamp below and catch Velvet Bethany’s next set at Buffalo’s Mohawk Place on March 24th.