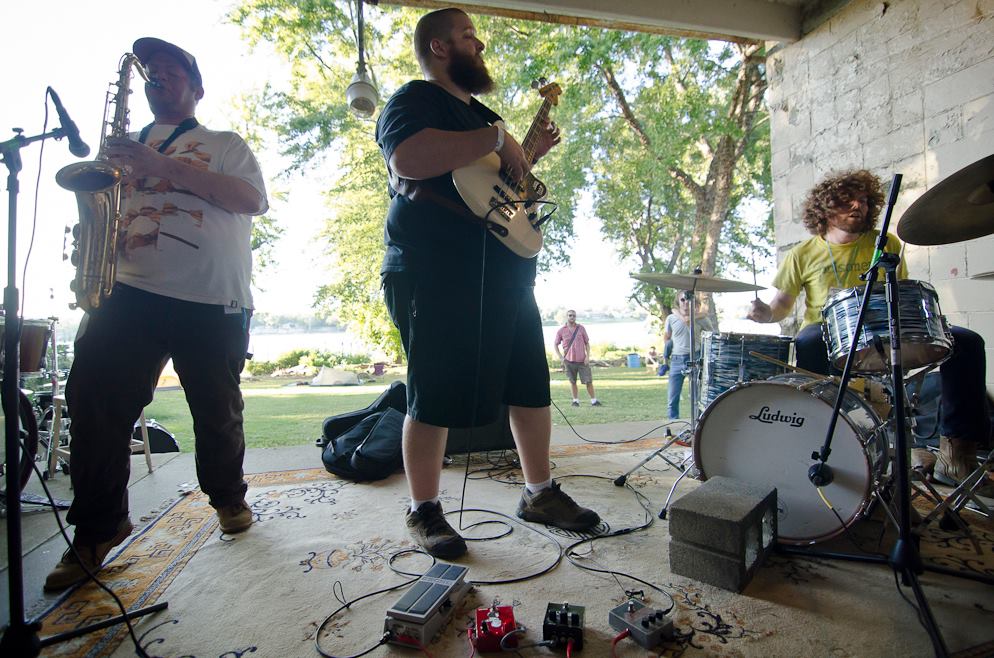 If there’s anything the haphazard nature of Tiger Hatchery‘s music proves, it is this: chaos can be just as much a refined art as it can be an all-out disorderly rage fest.

The  Chicago based free jazz group has been described from other sources as harsh, destructive, explosive — pretty much any adjective that incites some sort of discord. Upon listening, it all might initially seem senseless, but after awhile it seems quite the opposite. Every crazed run of notes seem to have a place after one another, and it just keeps going and going until you’re totally engulfed in the chaotic bubble they create.

Their specific brand of sound reminds me of a class I took in my college days. It was called Free Improv and it was exactly one and a half hours of chaos. We did everything from use shopping carts as instruments to flail our arms around to short bursts of sound. It was absurd and illogical but there was something therapeutic and pure about the expression. The insanity kind of brings you to a place of, dare I say, peace.

Maybe everything I said is gibberish to you, but you should see if you experience it for yourself. Tiger Hatchery plays Sugar City tonight at 7:00pm in support of their new album, Sun Worship. Openers include Flattsitter, Killertolks, and Flesh Trade, and the show is only $5. Check out the Facebook event for more information.