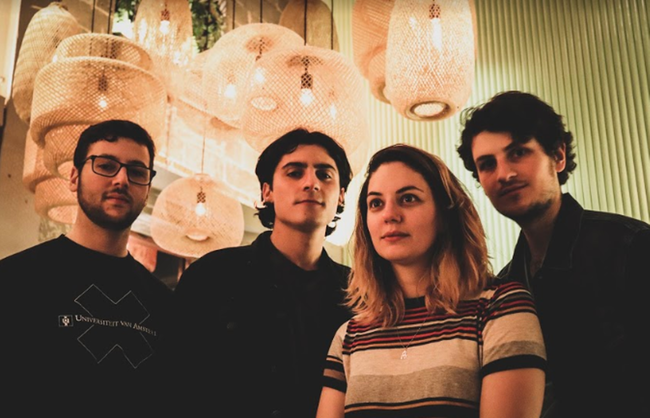 There’s a growing consensus that the future of rock music is female, and that future happens tonight at the Mohawk when New Jersey garage indie rockers The Vaughns roll through town with a stop at The Mohawk with Clever Girls plus Velvet Bethany and Halo Nellie.

Hailing from Springfield, NJ, The Vaughns bring together grunge, blues, surf punk, and stadium rock with an insurgent folk energy from lead vocalist and guitarist Anna Lies that’s both timeless and intrinsically now as showcased on their intimate yet epic recent debut LP F.O.M.O. , an album that makes a case for the continued relevance of rock music in 2019 that the new Black Keys album couldn’t even begin to.

Joining them will be reverb drenched, shoegazey Burlington Vermont indie rockers  Clever Girls, with local support from Buffalo punks Velvet Bethany and up and coming future post punks Halo Nellie. Cover is $7, doors are at 7pm and the show starts 8ish.