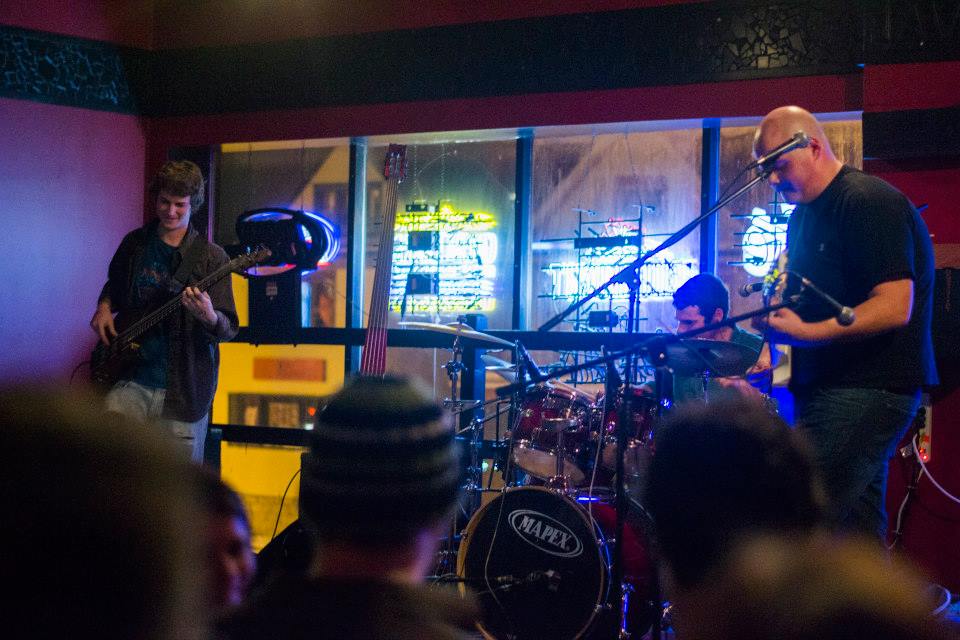 Over the last few months, the eclectic musical exports of Fredonia have caught our attention with bands like fuzz-rock trio Zealot and psych-pop outfit Mooses being featured here at buffaBLOG. The latest addition to that growing list are funk-rock band The Goods, a three piece consisting of Nate Schwartz on guitar, vocals, and saxophone, Sam Pavlovich on Bass, and drummer Colin Gray. Having played regularly throughout the Fredonia area as well as a handful of appearances at the upstairs venue of Buffalo’s Mr. Goodbar, the trio brings their experimental, melodic blend of jazz, rock and funk to Allentown tonight for a headlining show at Nietzsche’s.

Their self-titled debut EP, released this past December, features four tracks ranging from guitar-driven pop-rock, to groove based funk and straightforward, riff-heavy rock. The record is currently available for download on Bandcamp along with a recently released update of the sprawling, sax-centric jam “Earthman“. Music starts at 10pm, admission is free.