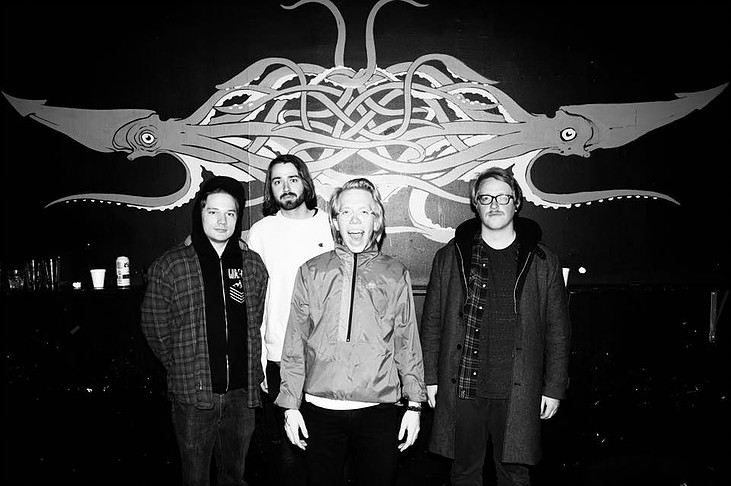 Slow Caves are an exciting power pop band out of Fort Collins, Colorado and tonight they are bringing their killer vibes to Mohawk Place. Fronted by brothers, Jakob and Oliver Mueller, Slow Caves are a refreshing update to the jangly indie rock sound, mixed with a tasteful amount of synth. They are coming off their recently released EP, Desert Minded on Old Flame Records. Playing alongside Slow Caves on this stacked bill are Coral Collapse, a shoegaze influenced group that make use of a bevy of wonderful textures, and Yali, a folk-rock inspired band that use solid vocal melodies. Tunes start at 8pm. $5 at the door.