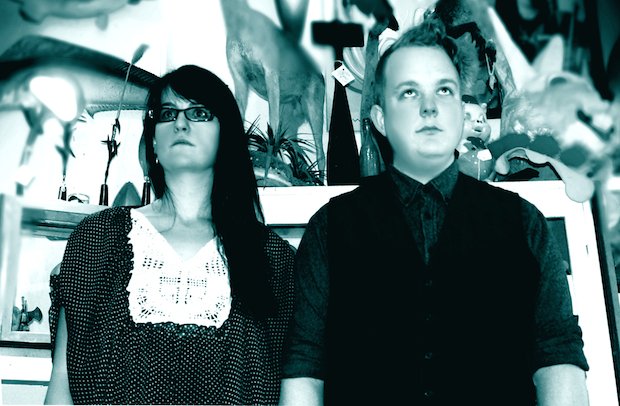 The unicorn of rock ‘n roll bands happens to be the two piece line-up. Stripped down, this combo of guitar and drums delivers more punch than a full piece orchestra.Take for example, The Flat Duo Jets influencing the White Stripes who gave credence to the Black Keys. Following suit, from the city of Chicago, I’d like to introduce to you North by North.

Self described crunch rockers playing sweaty fever dream rock ‘n roll, North by North use their experience of over 650 shows to their advantage. They unleash boogie-woogie grooves from drummer Kendra Blank and psych-surf riffs from guitarist Nate Girard to create a rich and colorful atmosphere that reminds one of The Stooges mixed with Sonic Youth. They will be in town tonight in support of their latest album Last Days of Magic.

Also on deck tonight are garage act The Gennies, buzzing newcomers Halo Nellie, and raw rock act Passed Out. Doors at 7pm with a $10 cover.