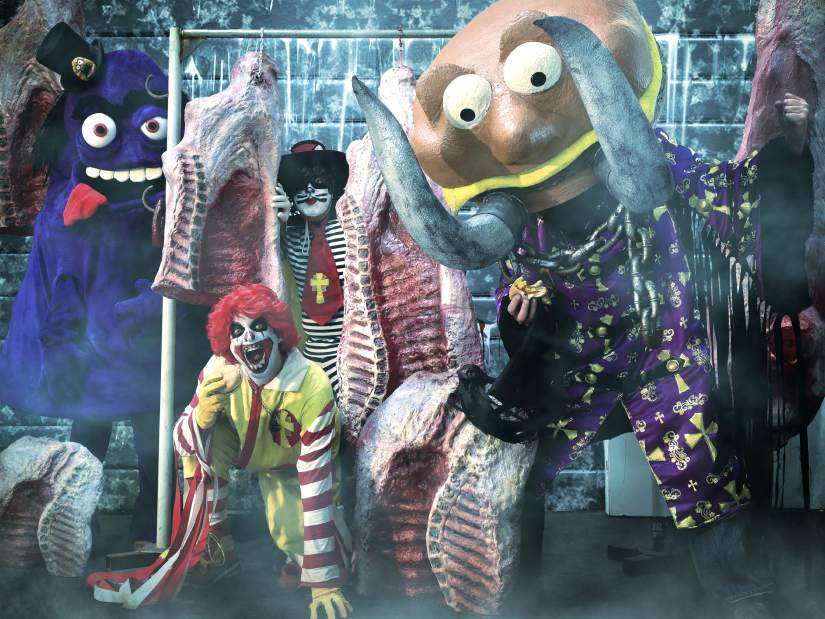 The concept of people dressed as McDonalds fast food characters playing Black Sabbath songs, whilst condemning the wrongs of the fast food industry, shouldn’t work. It’s so over the top; so patently ridiculous, that if I was to tell you there was such a group, you would probably say the juggalo’s are running out of ideas.

But for some strange reason Mac Sabbath not only works it’s caught on like wild fire. The purveyors of “drive thru metal” have certainly found a niche in the world of “let’s party while we take a satirical approach to metal music and parody some pretty bad-ass songs”. A Mac Sabbath show is like a true nightmare wrapped in a day dream; equal parts Manson as it is Andrew WK, and this clash of ideas, makes it work.

The Tralf hosts our viral heroes (Mac rose to power through their impact on metal media sources) tonight ($15) in what is sure to be March’s most entertaining show. Opening the show are local 80’s metal worship gods, Hair Nation. Get there at 8 for pleasant viewing.