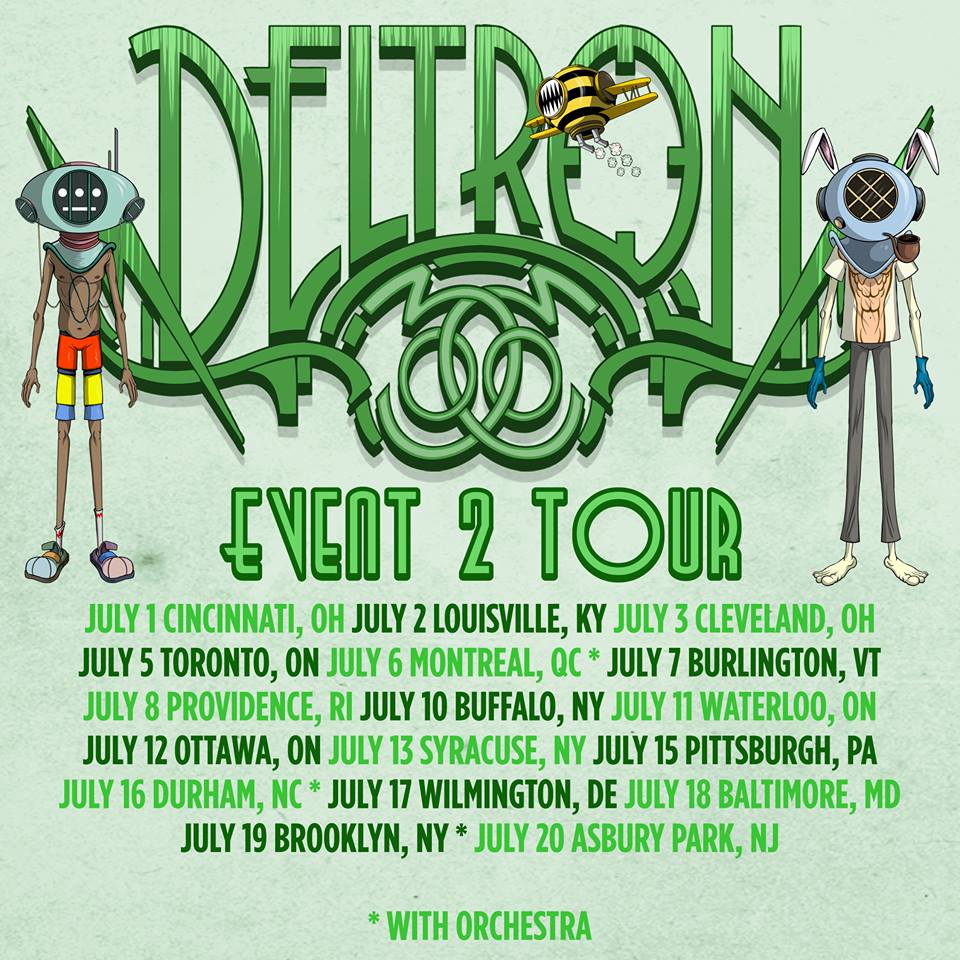 Go back to the future with hip hop supergroup Deltron 3030 tonight.  Their latest effort, Event 2, is an event 13 (human) years in the making, following up their self-titled debut released in 2000. Released late in 2k13, the album has both critical and celebrity cred, and according to Del, “..was one event, but those event can span centuries.” Translation: the well-produced record was well worth the wait.

Comprised of Gorillaz emcee Del the Funky Homosapien, producer Dan the Automator, and turntablist Kid Koala, the group is a cunningly conceptual collaboration of music and media. Three men; infinite sound, and they are bringing it all to Waiting Room for your aural pleasure this evening.

Tickets are still available for this all ages event for $25 at the door. Doors at 7/liftoff time TBD.