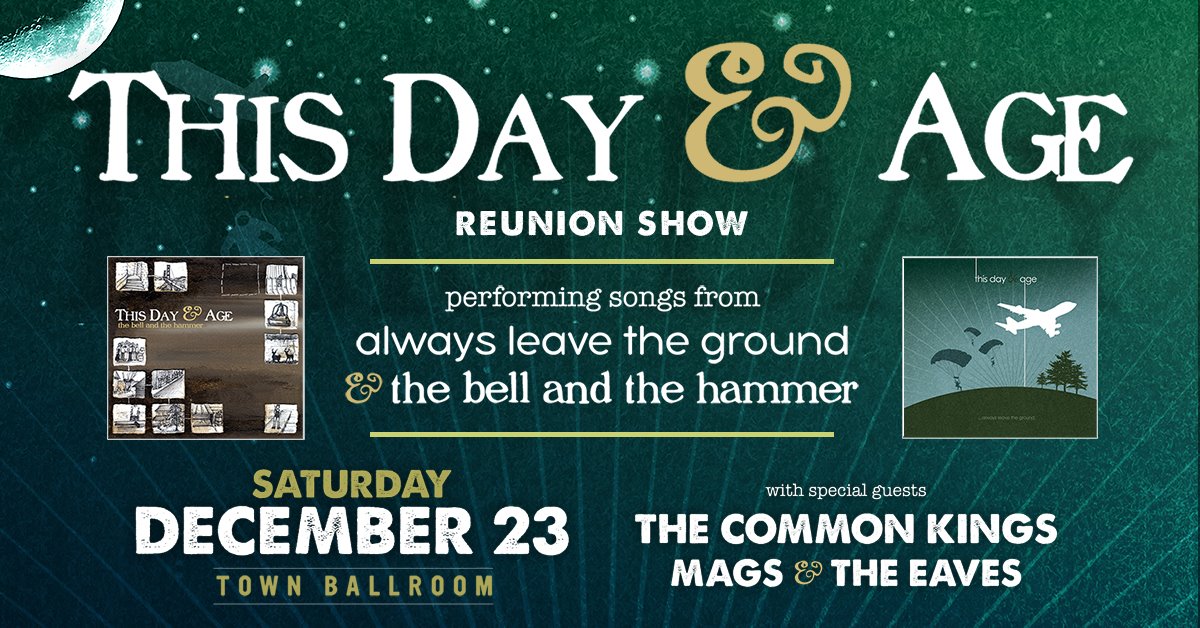 In the early to mid 2000s, Tonawanda act This Day & Age were hometown heroes. After inking a record deal with One Eleven records, they released two beloved albums, 2004’s Always Leave The Ground and 2006’s The Bell and the Hammer. Between that time, TD&A evolved from a light-hearted, emo-pop band to a nuanced and jazzy quintet, lush with electric piano and complex arrangements. After a 10+ year absence, they are finally reuniting tonight at the Town Ballroom for a long-overdue revisit to those two albums.

Opening up the show are fellow 2006-ers Common Kings, as well as americana-rockers The Eaves and indie-rock mainstay MAGS. Tickets are $20 presale and $25 at the door. Doors are at 6pm, music starts at 7pm.