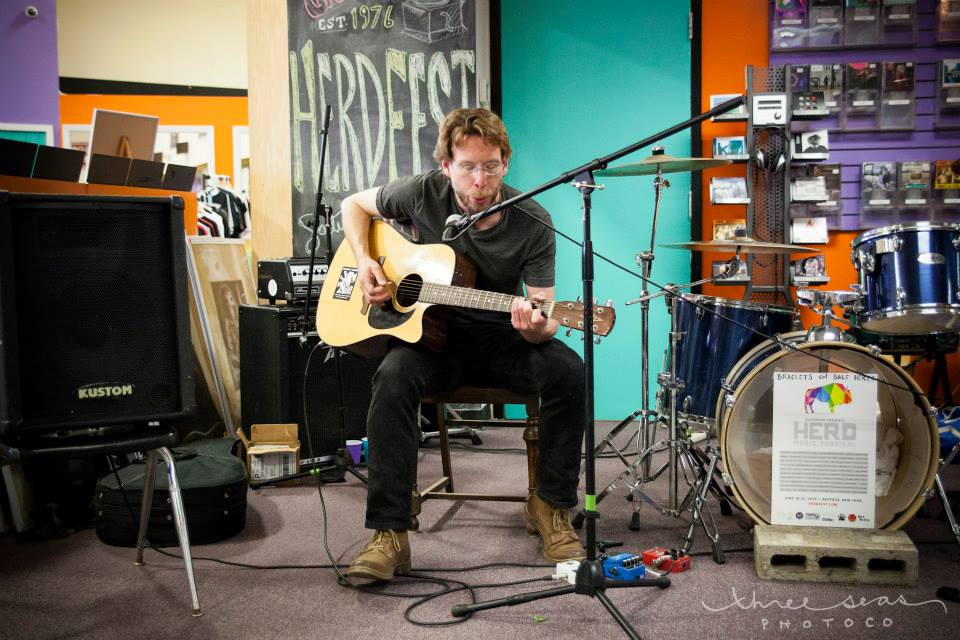 Mondays are usually fairly sleepy in Buffalo, so many local singer-songwriters head on down to Nietzsche’s in order to try new material, collaborate with other musicians, or grab a fairly-priced PBR. However, this week at Nietzsche’s is a little different from the rest. This week is the debut and farewell performance of mumbly introspective local songwriter, Damian.

We’ve covered a lot of Damian’s solo work and various group efforts over the past five plus years. His album, You Don’t Need It, has over 100 plays on our office computer, and we even dubbed his song “I My Own,” as the best song out of Buffalo in 2014. I guess tonight will be Damian’s Buffalo-residency swan song. It’s no doubt that he will be back, playing intimate semi-frazzled and endearing performances, it will just take a bit.

Come to Nietzsche’s starting at 8pm to catch one of Buffalo’s best songwriters. Free dollars.