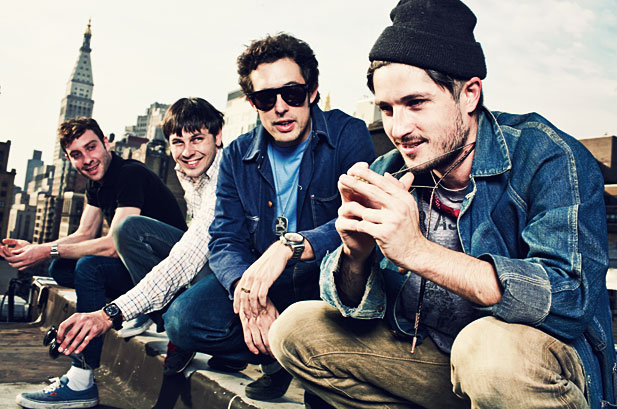 Good Bad, Not Evil. It’s the title of one of the Black Lips most popular albums and a pretty good descriptor of the band as a whole. Crass, juvenile, mischievous; they’re the kids in high school that failed every class, weren’t allowed to attend prom, spent the majority of the year planning a senior prank, then got kicked out of school for smoking cigs in the girls bathroom. And along the way decided to become one of the coolest and most interesting bands in rock’n’roll.

Their sound; an amalgamation of 60’s garage, punk, classic rock’n’roll and psych-voodoo, has always lent heavily on the retro-vibe, while somehow remaining extremely fresh and current. They are known just as much for their whacked out videos, their blistering live sets and their willingness to play anywhere at anytime (sometimes resulting in 5-7 shows a day, as was the case at SXSW a few years back), as they are their music.

It’s been eight years since the Black Lips last performed here in Buffalo. That show was at Mohawk Place and anyone that remembers it (most were probably too drunk), won’t forget the Lips strolling up late into the night, throwing their gear onstage, plugging in, sans soundcheck, and absolutely destroying the place.

Tonight we all have the pleasure of experiencing that mayhem again as the Lips are set to return to the Queen City, this time over at Nietzches (8pm). Also on the bill is the fantastically lo-fi purveyors of “minimum rock’n’roll” Chain and the Gang.

Their’s is a kind of devolved rock’n’roll, as primal as primal can get. Cut away the frills and the BS production, and you have a truly excellent collection of songs. Make sure you get their early to catch Chain and the Gang. The show is probably gonna sell out anyway so you should get there early just in case.