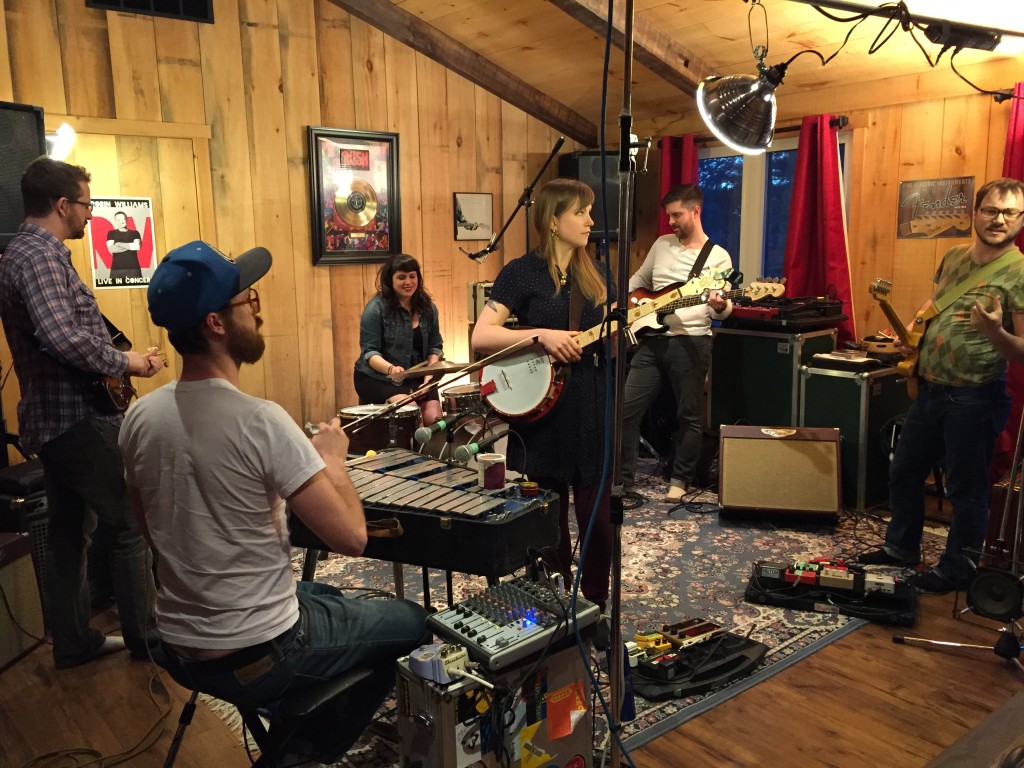 After tackling Detroit last night, Ontario alt-folk collective Beams will continue its first tour through the states this evening at Mohawk Place. Armed with a 1-2 punch female harmony and a singing saw, the group recently recorded its most recent EP, The Gutters & The Glass, with Tortoise and Sea & Cake member John McEntire, who has previously worked with Yo La Tengo, Stereolab, and Broken Social Scene. Beams reminds us of a rootsy version of Arcade Fire with touches of Neko Case sprinkled in for good measure.

The band also has a pretty great and unexpected cover of Kate Bush’s “Running Up That Hill,” which was previously covered by Chromatics on their 2007 record Night Drive. Check it out below.

On hand for opening support tonight will be the crust buskers of Pine Fever and the folk group of Observers.

Music begins this evening at 8pm with a measly cover of only $5.