The Weeknd – “King of the Fall 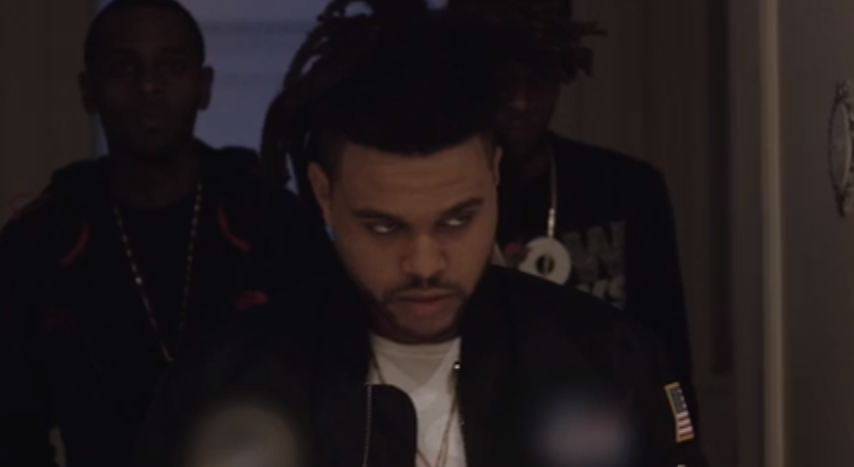 Weeknd season is here! The often-mysterious new age crooner is back with another X-rated RnB jam, now complete with a truly Weeknd-esque video. Abel walks without emotion through the streets of Toronto, likely in pursuit of the drugged out models that are featured in nearly every video of his. Being that it’s his second new video in a week, the Weeknd seems to be scheming towards some kind of release before the year concludes. He made waves with his hilariously vulgar feature on Ty Dolla’s “Or Nah,” and right now his relevancy may be even higher than when he dropped his solid, but disappointing studio album Kiss Land around this time last year. “King of the Fall” hopefully hints that the Weeknd will own the season’s sound waves in a manner that he did in 2011, back when his whole aura was still a mystery.

That’s one of the things that’s interesting about the Weeknd. When he started off, there was just the music. No one even knew who was making these incredible songs which would serve as the foundation to House of Balloons, one of my favorite projects by anyone ever (my 1993 birth year is showing). It was sonically beautiful, and yet socially irresponsible. A project all about hardcore drugs and model chicks, from an artist that you didn’t know and never heard of. It was the attitude, not the artist, that drew everyone in. Dark, layered synths and dreamy falsetto made you feel apart of the experience the Weeknd was describing.

That was my favorite Weeknd, but now the Weeknd is in a new stage in his career. You can’t sell a million copies of a project that you had already offered as free and remain a mystery. Sure, Kiss Land wasn’t his best work but it could easily be considered another artist’s best. The person behind the Weeknd, Abel Tesfaye, has earned his right to put himself on the album and in the videos, and in 2014 he’s batting 3/3. His new joint won’t be House of Balloons, but he has more than enough talent to make it something special once again. Watch the video for “King of the Fall,” and get hyped for the Weeknd.