The Stunning Endurance Of Weird Al 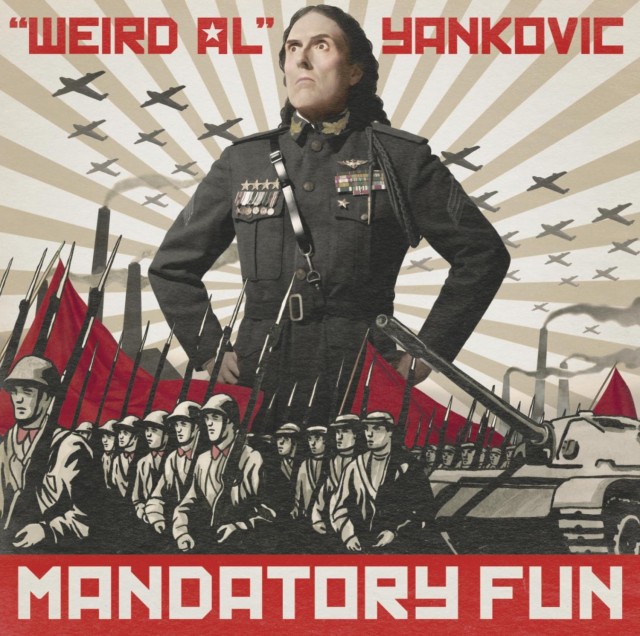 Last week, the winner of the internet was pretty much unanimous: it was Weird Al by a mile. After releasing his new album Mandatory Fun and putting out a new video for eight straight days, it became abundantly clear that the world is still interested in Weird Al’s warped take on the popular songs of the day.

Really, this isn’t surprising; he’s a hilarous guy, and he always has been. But one interesting thing to consider is that Weird Al has managed to remain relevant in music for 30 years now. That sort of thing is practically unheard of. As the trends in popular music have shifted again and again, the only thing that’s really remained constant is Weird Al’s ability to mock them. There’s always a New Dylan, a Next Springsteen, and a Madonna-in-waiting. But Weird Al is pretty much irreplaceable.

Plenty of aging musicians still have their albums debut at the top of the charts, but usually it’s because they have a built-in fanbase who will buy everything they put out. While I personally enjoyed Springsteen’s High Hopes, I would have to guess that if you’re not a serious Springsteen fan, you probably wouldn’t be able to name any of the songs from it, except perhaps the title track, which would be a lucky guess.

But with Weird Al, the new songs tend to be just as popular as the old ones. It’ll take awhile before “Foil,” and “Tacky” have the same place in our hearts as “White And Nerdy,” but we all wanted to hear them the moment they became available. You’d think we might have gotten bored of Weird Al by now, that perhaps he would have grown stale, and another song parodist might have supplanted him, but he’s still pretty much the king.

I think what stuns me the most about him is that somehow, all of this is still funny. I mean in theory, doing a parody of a song called “Royals” called “Foil,” and singing about why foil is superior to tupperware and Reynolds Wrap shouldn’t be that freaking funny, but somehow it is. He has a rare ability to take things that would seem corny in the hands of a lesser comedic mind and somehow make them seem brilliant.

In the run-up to the release of Mandatory Fun, Weird Al gave the indication that it will be his last proper album. Now, even though he’ll still be releasing singles online, this is still. The anticipation for his latest collection of parodies and riffs is a proud tradition. The most surprising thing about Weird Al’s semi-retirement is that it’s clearly not necessary. People still care about everything he does, and that will likely be the case for sometime. In any event, the Polka Medleys will certainly be missed.

Weird Al has adapted to trends in popular music better than anyone, including David Bowie. We embrace and reject new genres and styles of music at an alarmingly fast rate, particularly in the internet age where music is increasingly disposable. Weird Al making fun of whatever’s on the radio is pretty much the only constant in the world of music, and after three decades, we still eagerly await whatever he has to say. Even with the lack of new albums, let’s hope we have many more years of brilliance from the best comedian in music.