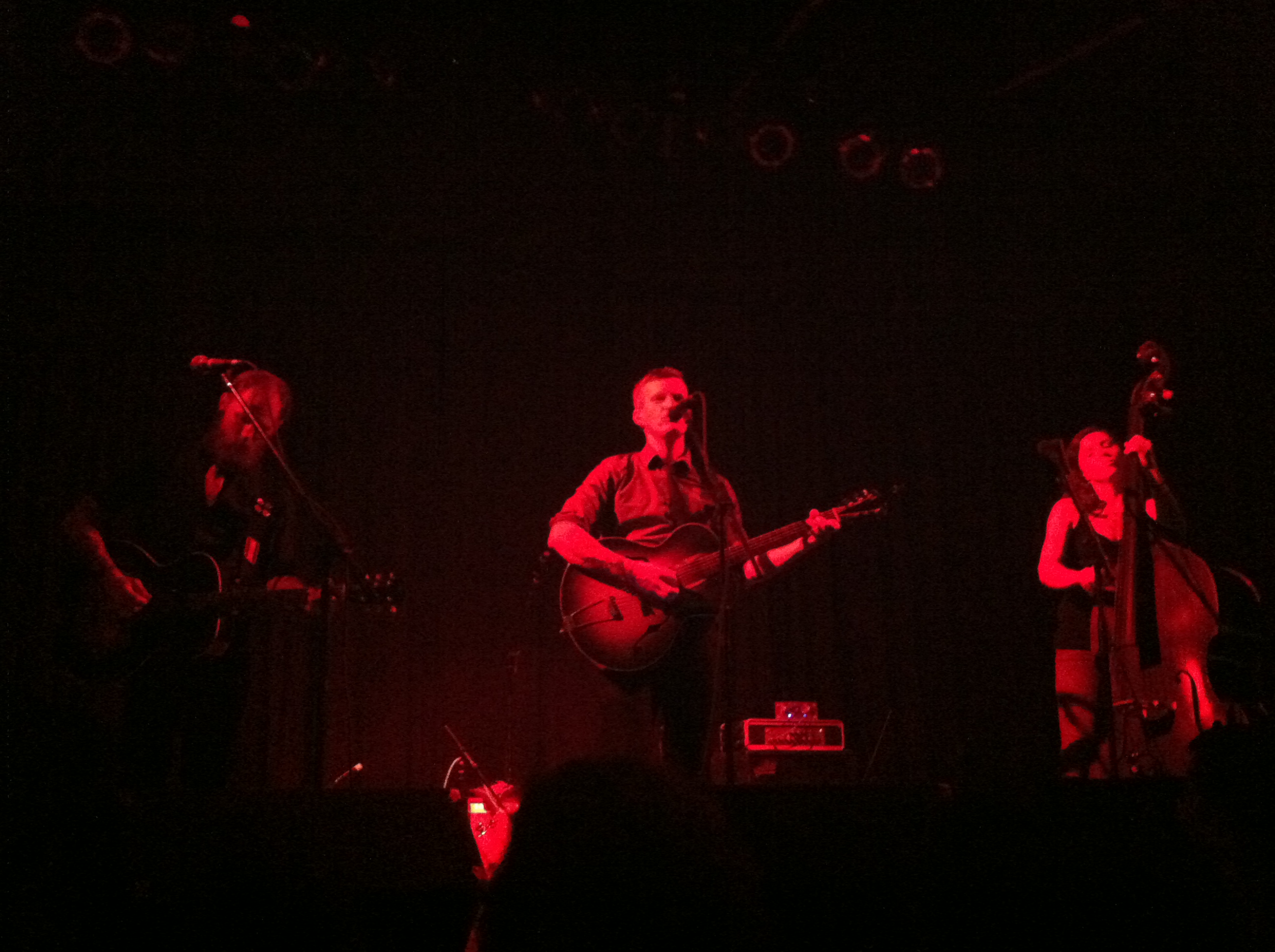 At 8 o’clock on Wednesday night, Rochester’s bare-boned but strongly underrated Zeppa Auditorium is only starting to fill. At 8:15, opening band Joe Fletcher and the Wrong Reasons take the stage, and at 9:45, my mind is just minutes from being blown. It is my first time seeing a show at this venue, but more importantly, it is my first time seeing acoustic-Americana act The Devil Makes Three, and I have no idea what kind of sinister grooves are about to be thrown down.

It was easy to tell I was in for a something special almost as soon as I arrived. Walking up to the doors, we were immediately confronted with a bouncer’s unapologetic yells, warnings of a sold out show, in his vain attempt to get rid of the large crowds of brazen country misfits amassing in various clusters around the venue grounds. Filing unfittingly neat into a parking lot queue, it seemed there were just as many people in search of tickets as there were who had them.

Oh, did those suckers miss out. The trio from California swept through Rochester like dark magicians with wands made of wire and wood. They played sweet melodies to a crowd hell bent on dancing their moneys worth, and successfully manifested a temper to the night that somehow put the audience under its persuasive spell long before they could even take to the stage. In the hour or so break following the night’s honky tonk driven opener, energies soared with trepidation as the band showed no apparent urgency in saying their hellos. And as the prodding hoots and yowls grew stronger, you got the sense that they weren’t just waiting for the right time to begin, but were maybe smiling a little too in the crowd’s increasingly fervent air of anticipation.

It was somewhere in this break that as my group inched towards the stage, I realized that it might be a good time to stake my claim in a spot conducive to snapping a few pics for this very article. But just as my eyes moved towards the space in front of a seemingly innocent gaggle of tipsy deadhead women, I was given a calm warning from the quaintly tattered group elder that if at any point I tried to step in front of her or her friends, I could be sure to get a swift roundhouse kick to that thing I treasure so dearly down there. After briefly weighing the likeliness of candor behind her words against the fact that my writing comes gratis as hell, it did not take long to make peace with the idea that this would likely be as close as I’d be getting to the stage for now. She’d probably tire herself out soon enough anyway.

So with all my appendages in tact, and with the cries of a crowd made slick under the steady flow of alcohol in all our time spent in wait, the moment had come to let our collectively graceless and equally perilous dance moves fly. With sing alongs boorish and lamenting alike, my only reckonings turned to some strange combination of southern jug band meets dark humored punk in attempting to label these rhythmic masterminds plucking away and sneering all the while in front of me.

Because underneath all of the twisted lyrics and a sardonic likening to some sort of dark, tattoo-bearing rockabilly orchestra, it was always the rhythm that kept you going. Sweeping and often waltz-like, their metrical segues never had trouble making it back around full circle. Under the rolling chorus of set-opener “Stranger,” it became clear that this band possessed an uncanny ability to establish intense rapport with the crowd from the first notes they beckoned. As the night progressed through numerous fan-favorites riddling the set list, such as the harmony-featuring “All Hail” or the rueful Whiskey anthem “Old Number 7,” so too climbed the energy of the crowd.

They masterfully nudged us along, often into a spellbound bedlam of flailing limbs and stomping boots that probably looked something like a refined Dropkick style mosh-pit from the safety up yonder on the auditorium-style balcony. It was the type of show where you had to keep your elbows out and drink you beer fast, else it would end up on the ground quick. And I don’t think anyone would have had it any other way.

To see the power they held over this unruly gang of weirdos, it was almost reminiscent of the old footage from those live versions of the Stones’ playing a “Paint It Black” circa the late sixties, where the music alone was enough to incite riots in their fans, only way more mundane. Because right when you thought the tempo couldn’t get faster or the dancing any rowdier, the band would prove tempests in somehow taking it to yet another level.

Yes, they quite possibly might have been the greatest roots band I never knew existed. The music was good and the howls were plenty, and I’m just glad I was one of the lucky ones with a ticket.