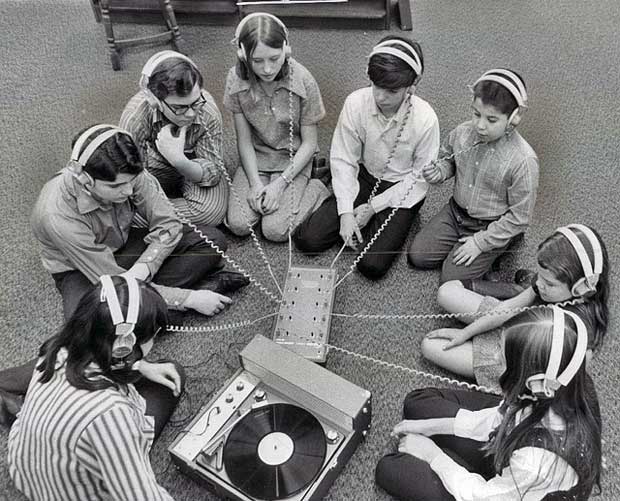 In the summer of 2002, I went and bought my first record at Home of the Hits. It was The Shins’ Oh Inverted World, and it cost me about 17 dollars (I really don’t remember the price to be honest). That day, I spent a sleepy afternoon flipping through all of the records, carefully weighing my limited budget against my nearly unlimited options. I took it home and must have listened to it nearly every day that summer.

I have collected records and used it as my primary means of purchasing music ever since, and the question I sometimes ask myself, in the face of a wide variety of ways to listen to music from Pandora to Tidal (can anyone say Tidal with a straight fact by the way?), why do I still go with LPs as my preference?

Thinking it over, I think my reasoning comes down to a desire to engage in things deliberately, to be conscious of my choices in music, books, movies, etc, and to have them come from a studied place rather than one that is convenient. When I listen to music, I like to engage in albums as experiences, in music as a dialogue with the world around me and with my own life. I always hope to find new sounds and new artists and to allow my tastes to shift and grow as time goes on. Records seems to be the best medium for this.

Listening to a record allows you to commit to the music you have purchased, to lock you into an album and to an artist without bouncing from Pandora station to Pandora station, without being guided by a computer algorithm. Is it restrictive? Yes, you are bound by what you can afford and find at any given time. But, in that constriction it forces you to pay closer to attention to what you find, to see an album as a whole rather than a single you hear on the radio. It forces you to be deliberate about your aesthetic choices. It also should force you to seek out new things, to not just stop and listen to the 18th release of some music  found underneath Bob Dylan’s toilet, to try new artists and give them the proper time to understand what they are doing. Again, it forces you to be studied and open to the new.

I don’t see this view as elitist, rather I think music and record stores should be open to all, should be spaces for nervous newcomers as much as fanatic collectors. There is nothing about what I outlined that locks anyone out. I feel as strongly about this openness, about making sure to keep the doors open to everyone as I do about trying to engage with music in a more focused way. Because of this, I think Record Store Day focuses on the wrong things. There is nothing to be celebrated in gimmicky singles, picture discs and overpriced box sets/re-releases of records you can normally find in a used bin for $4. The endless parade of re-releases and rarities from older artists does little to actually help new music. Instead, it further buries interesting and new music under a deluge of museum pieces, overvaluing the past at the expense of the present and future. This ritual has become little more than another excuse for people to go after something they seek out because of its scarcity and not because of its value as music. I don’t want to be one of those ‘it’s about the music man’ types but really, ‘it’s about the music.’

In a few weeks, Free Comic Book store takes place, another event designed to get people to independent businesses. During this day, special free comic books are made with the aim of bringing in a new audience through the dissemination of accessible work. I mention this because I think this actually gets at what something like Record Store Day should be. No, I am not saying give away records, but there are surely ways to bring people into record collecting by showing how open and accessible it can be and not how onerous and expensive it is.

I am not saying that record stores are not worth your support, because they are for the reasons the blog has spent this week discussing. What I am saying is, instead of buying a David Bowie picture disc single you will probably listen to once and then store forever, go look for a new album or an old favorite that you didn’t have. Go buy that tomorrow or Sunday and take it home. Sit down, listen to it, enjoy it, wear it out. After all, it’s about the music man.