Small Smalls – Things Can Only Get Worse 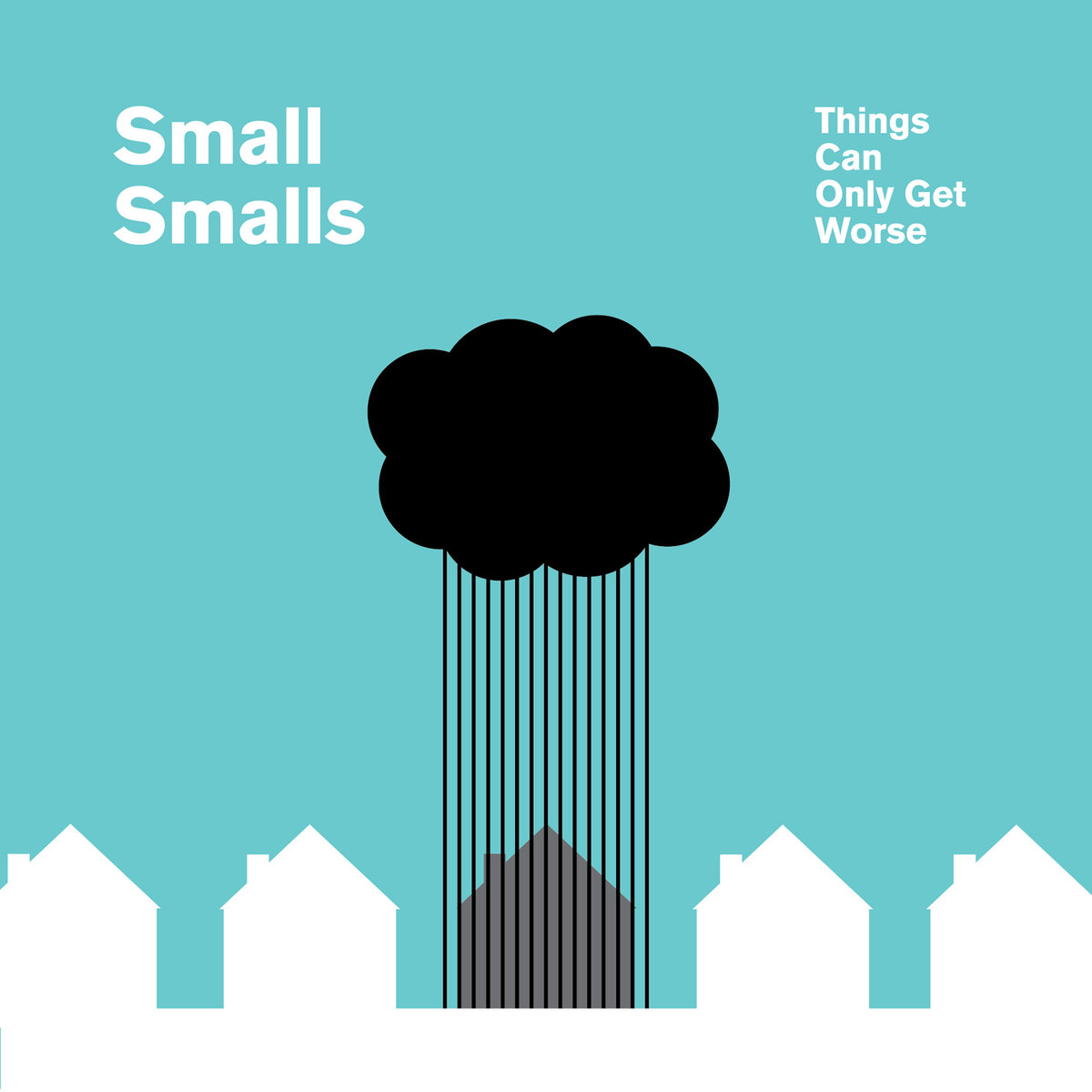 Time freezes in an eighties neon haze on Things Can Only Get Worse, the debut full length album from Buffalo synth pop trio Small Smalls, accompanied with a bittersweet awkwardness  that keeps it vulnerable and new. The bright lo-fi synth lines always lift off, but never drift too far from the emotional core that holds Colette Montague’s lyrics and vocal performances together on a set of songs that encompasses New Wave, sixties pop, noise rock, and surprisingly in the end, surf punk.

“Brave Bird” is a perfect album opener with it’s beguilingly shiny and upbeat synths and vocals and  fuzzed out guitar, which give way to the angular yet pensive New Wave of “Falling Blossoms” and pleasing atonal robotic textures of “Polystyrene Girl,” both of which play beautifully off of Colette Montague’s warm and airy soprano. The offbeat sonic textures continue on “Hamster Lunch,” featuring vox from guitarist Stephen Malczewski, punk rhythms from Dave Borden,  and some crazy noise rock infused keyboards, and the throbbing bass and bonkers synth lines of “Sleep Running” and “Tiny Time Machine,” which feels like it’s trying to hack your brain through your ears.

Anchored by a Peter Hook worthy bassline, “Whispers and Shadows” is sparse and confessional before bursting into unexpected psychedelia, while “Say That You Will” and “Cherry Colored Fascinator” explore 60’s pop with the former exploring the bittersweet and the later going for a melancholic yet dulcet sweetness that chimes in the ear. The ear candy continues on “Separate Ways” with it’s string section adorned 80’s pop, and the pastoral indie rock of “Mouthful Of Secrets,” with it’s infectious hand claps, jangly guitars, and technicolor choruses.

Unfortunately the album ends on a bit of a question mark: the aggressive “Things I Can’t Remember” undercuts  the beautifully crafted aural crescendos that preceed it, while “Poolside” closes the album out with a frenetic minute of admittedly pleasing surf punk that comes out of nowhere. It’s not an ideal landing for an album, but it’s not enough to undo the good works contained within Things Can Only Get Worse or the good will it creates.