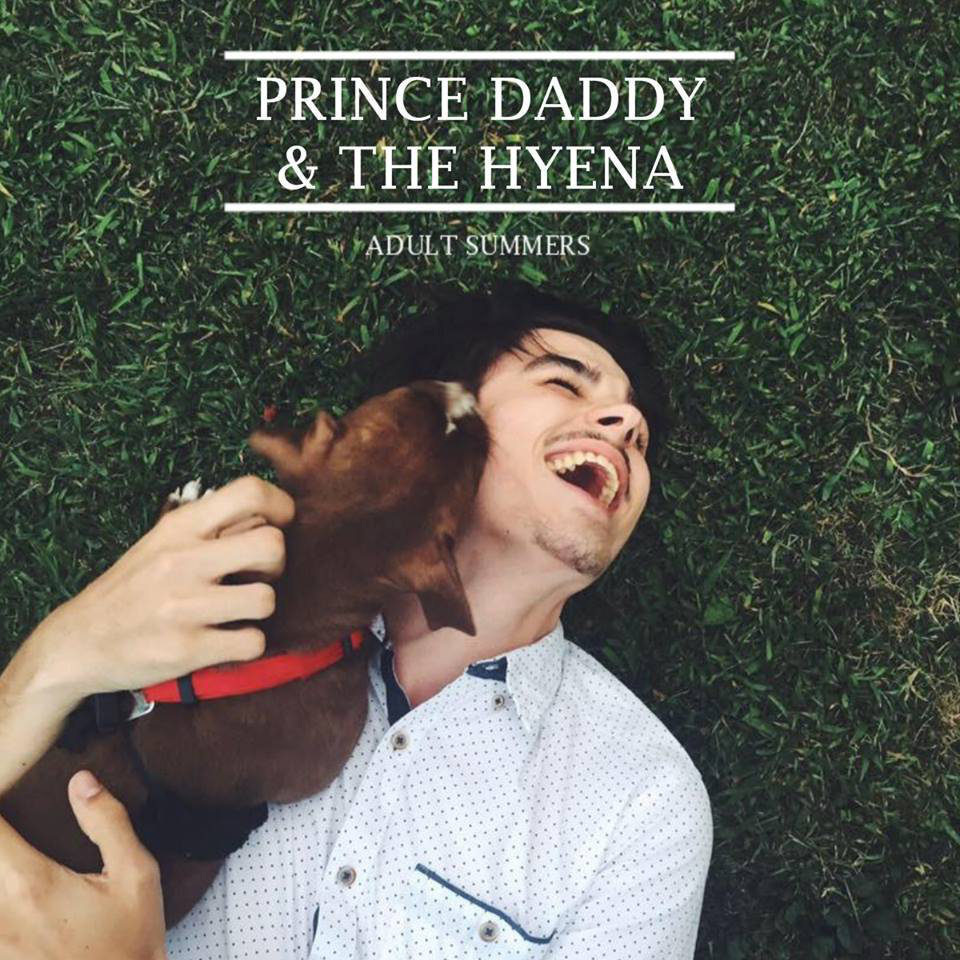 Prince Daddy & The Hyena has me baffled. They’ve just put out something truly unique, an almost unclassifiable sounding new EP called Adult Summers. My attempt at classification: take equal parts Andrew W.K. and The Hotelier, and toss in a dash of The Locust. One of their songs even sounds like Atom and his Package. Either way, their music is fast, loud, and weird… In a good way. A very good way. Amidst the aggression, there’s a cavalcade (yes, a cavalcade) of really impressive and beautiful guitar work, not to mention the myriad of other creative noises peppered into the mix. At any rate, Prince Daddy & co. are pushing the limits of whatever genre they’re defying. In order to truly describe this band, you’ll probably just need to use the word “party.”

If it’s not apparent by their irreverent approach to musicianship, Prince Daddy & the Hyena are a release from Broken World Media (fans of TWIABP should be familiar). “Adult Summers Pts. 1 & 2” are a pair of bratty, one minute bangers. Let me just say, I think a listen through these songs would be a great way to start any day. Prince Daddy & co. have written some disjointed stuff – but in a beautiful, carefully-orchestrated way. These songs are like fragments of pop gems reconstructed with glitter glue… then the band ran them through their fuzz pedals and made them as obnoxious and chaotic as they could. The result is understandably explosive and inexplicably emo.

“I’m A Bum” is the only song on the EP to come close to reaching 3 minutes… I’d call it the Prince Daddy anthem. My thoughts on this song are best summed up by one line… “God’s not real and I’m not happy / and I’ve got man tits.” Holy cow. I kid – the song hits surprisingly close to home (minus the line about my pecs). It’s a song about being a bum and being okay with it. Prince Daddy & The Hyenas are probably cool with Netflix & Chill (hint hint).

“Hidden Track” is the song that sounds like Atom and His Package. In a good way, for sure. Their EP is only 10 minutes long, but it definitely took me along an emotional rollercoaster. Even the guitars were giving me feels.

All I know for sure is this: I listened to Prince Daddy & The Hyenas tonight and I had a damn good time.