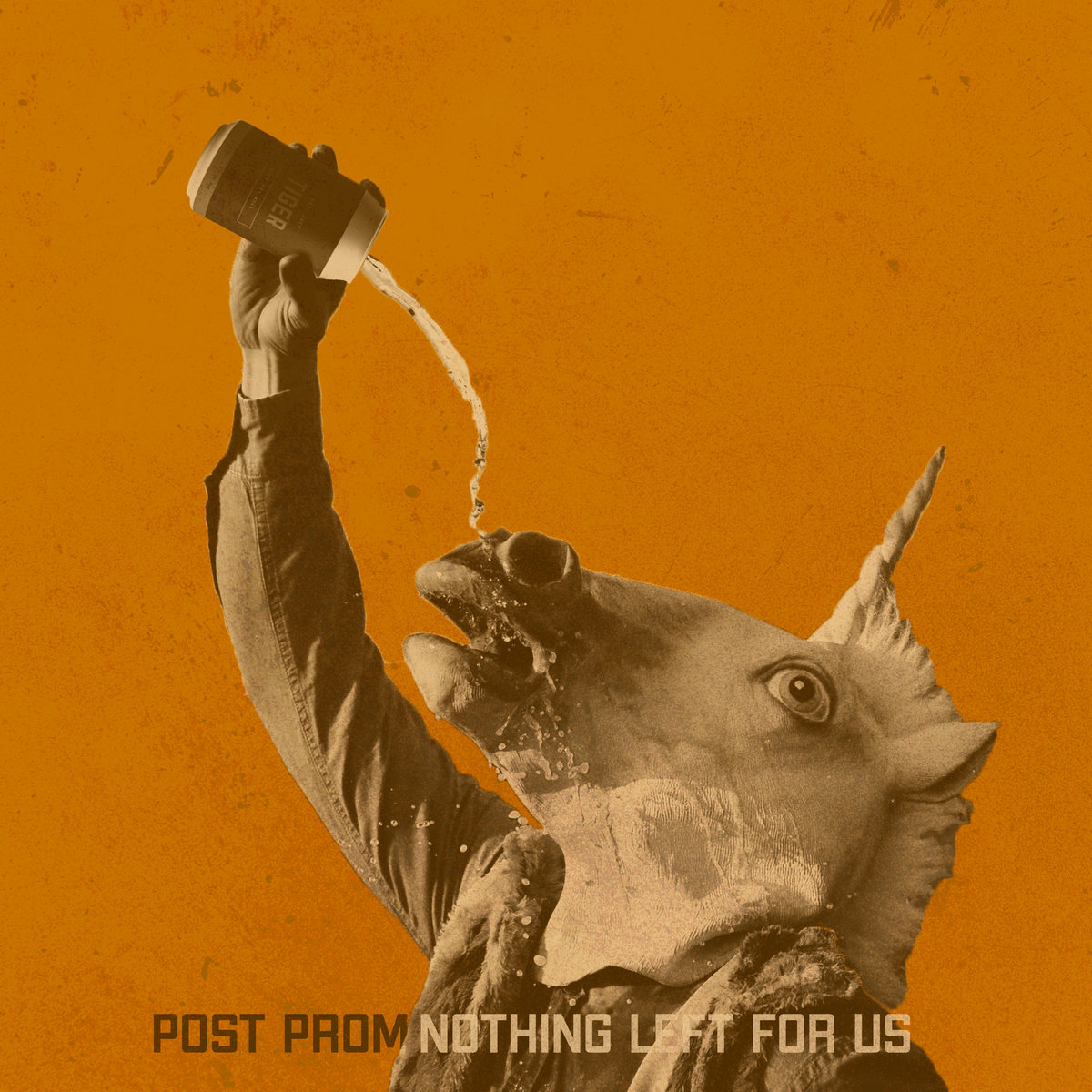 Summer has officially hit in western New York and that means it’s time to dust off those songs to soundtrack your solstice. Luckily enough for you, Buffalo rockers Post Prom just dropped a new EP that captures that warm weather vibe, and epitomizes the phrase “windows down, music up.” The album Nothing Left For Us features six pop-punky songs that solidify the groups reputation as some of Buffalo’s premiere rockers.

The record opens up with the energetic and hook-laden “Tunnel Vision”. That energy carries through “Tiger Beer,” where guitarist and vocalist Aidan Licker laments the loss of a friend who has moved to another city, while celebrating all the precious memories they have together. The nimble guitar work on this track is undeniable as well. Fast-forward to the mid-point of the record and we hit the poppy, moody “Hurt Somebody,” On this track, the band showcases their ability to slow things down, and display some great songwriting via a shuffling drum beat, incredible vocal melody and lyrics, as well as chord progressions that beg to be played over and over again. The band keeps this mood alive through “Authentic,” a simple, lo-fi acoustic track which fills the record out and provides some much-needed balance.

Lastly, the band close with a cover of Tom Petty’s “American Girl.” The group has done a faithful recreation of the classic tune, while injecting enough of their own flavor to really make it their own. All in all, this collection of songs is certainly a strong showing from Post Prom, where any and every song can make any given sunny day a better one. So crack open a cold on, and give Nothing Left For Us a listen today.